Tony Labrusca surprised his fans and followers as he gave a glimpse of his new look on his social media page. 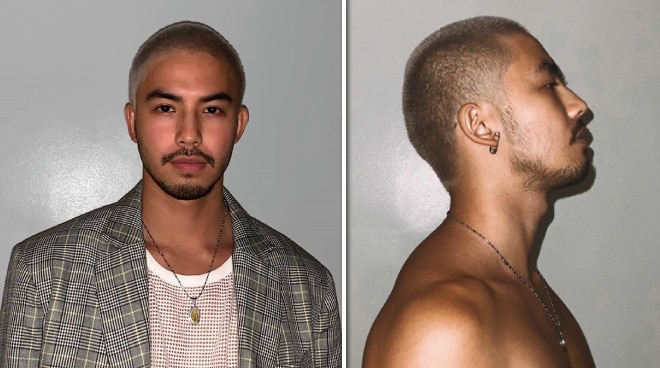 The 24-year-old actor surprised his fans and followers as he gave a glimpse of his new look on Sunday, August 2.

As seen in his latest Instagram post, Tony shaved his head and now rocks a buzz cut, which he dyed with a cool ash gray color, providing contrast to his naturally dark hair.

“Oops,” he captioned his post, where he credited Joe of Basement Salon in Makati for his new look.

As of this writing, over 83,000 Instagram users liked Tony’s post, with local celebrities also praising his new hairstyle.

Written by Patrick Valencia (Kasal, Always Be My Maybe) and helmed by Petersen Vargas (2 Cool 2 Be 4gotten), Hello, Stranger comes amid a wave of BL productions in the Philippines, following the success of the Thai series 2gether early this year. The show follows the story of Xavier (Tony) and Mico (JC), students who are assigned to work together virtually during the coronavirus lockdown.

Aside from the series, Tony is also gearing up for a new show under RSB Scripted Format, an ABS-CBN production unit, titled Cara Y Cruz, where he is joined by contemporaries Julia Barretto, Loisa Andalio, Ronnie Alonte, Marco Gumabao, Barbie Imperial, and Heaven Peralejo.

Cara Y Cruz is the first new series of the Kapamilya Channel, which debuted on June 13 via cable and satellite TV.

As of this writing, no further details has been announced regarding the project, which was first reported to be in development last February.