Alex Gonzaga trends in another spoof for her YouTube vlog. 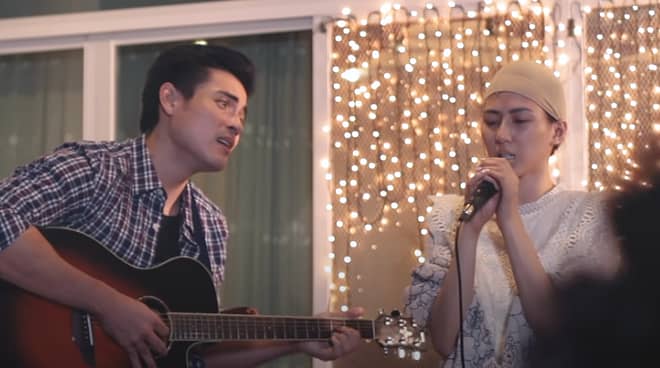 After parodying the Korean drama Crash Landing on You with her fiancé Mikee Morada, Alex Gonzaga once again landed herself on YouTube Philippines' list of top trending videos after doing another spoof—this time, of a popular local film—in her newest vlog.

Together with actor Xian Lim, Alex reenacted notable scenes from the 2018 movie Through Night And Day with a funny twist, including one where lead characters Ben (played by Paolo Contis) and Jen (Alessandra de Rossi) are singing the classic "I Will Be Here."


Titled "False Night and Day," the 16-minute video has become an internet hit since it premiered on Saturday, August 29. Currently, it is the 49th most trending video on YouTube, with 1.5 million views and 13,000 comments.

Alex and Xian were promoting their film Love The Way U Lie which recently became the top trending movie on Netflix Philippines after it debuted on the streaming platform.

An official synopsis for the movie reads: "With the help of a spunky, lonely-in-love psychic, a deceased wife tries to get her grieving husband to move on. In the process, sparks begin to fly."

Also starring Kylie Verzosa, Love the Way U Lie was directed by RC delos Reyes. The film was supposed to be part of the first Metro Manila Summer Film Festival this year.