Are McCoy de Leon and Elisse Joson back together? 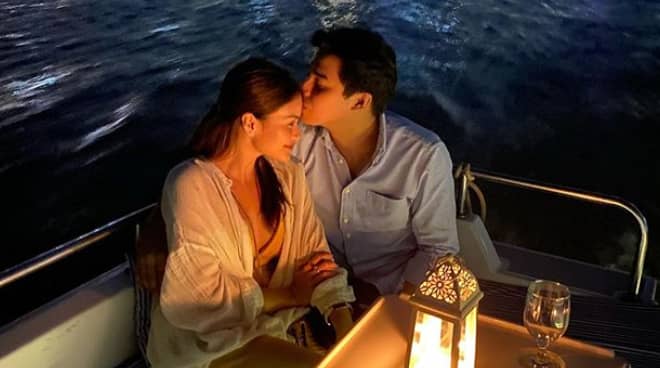 Are McCoy de Leon and Elisse Joson back together?

This was the enthusiastic question among fans of the former reel-life, real-life couple following a recent post from McCoy on Instagram.

The actor and Hashtags member shared a photo of him kissing Elisse on the forehead, with the short caption, "Always all ways." McCoy and Elisse met during their stint as housemates in the reality show "Pinoy Big Brother: Lucky Season 7." Their pairing, dubbed "McLisse," spawned a following for their sweet on-cam moments.

The two eventually became a couple, but ended up parting ways in 2018.

During a guest appearance on "Gandang Gabi Vice" in February, McCoy admitted that their split had been painful for him. "Siyempre iiyak ka kapag mahal mo," he said, adding, "Matagal  'yung pinagsamahan namin... malalim... kakaiba."

He also confessed that he begged Elisse to give their relationship a second chance.