Justine Afante performed a breathtaking rendition of Beyoncé’s “Listen” for the Finals. 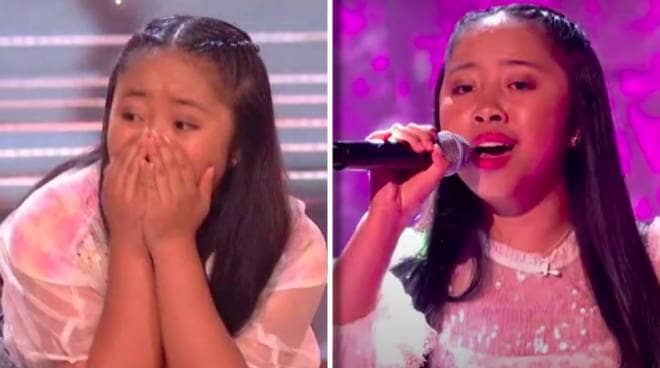 "The Voice Kids UK" named Pinay singer Justine Afante as the grand winner for the third season of the reality singing competition.

WATCH: Pinay teen gets four-chair turn for her rendition of ‘Never Enough’ on ‘The Voice Kids UK’

The 13-year-old Swansea-based singer — a four-chair turner during the Blind Auditions — performed a breathtaking rendition of Beyoncé’s “Listen” as her finale piece.

“I think we all need to gather our thoughts, don’t we? Justine, technically, what you’re doing there is unbelievable. Like it is unbelievable for thirteen years old. And you came on that stage and look so calm, composed, professional. And most of all, just effortless. And what an amazing way to kick off this final. Well done,” Danny Jones said.

“Spectacular. Like there was not one low, dull moment in that performance. Everything was — it just kept getting better and better. Like your finale, how you ended it, wow,” will.i.am stated.

“We’ve been in lockdown and that’s like one of the best gigs I’ve ever seen in my life. Sorry. But this is better than any of the coaches have ever done in any of our lives. Like honestly, that was world-class. I’m blown away. And I feel grateful that you’re so humble enough to come and sing to little old us ‘cause that was a very expensive performance,” Paloma Faith said.

“And you know what, too, your performance is like the perfect performance to prove anyone wrong that kids under 14 don’t have extraordinary talent. You are like the poster child for “The Voice Kids,” will.i.am added.

“I know how much you’ve grown. You didn’t know you could sing these notes. You were singing these notes higher than Beyoncé. You’ve had that in you all along. But now because you’re believing in yourself — and I just feel so lucky that I got to witness that all those people that said you had no talent, you’ve just proved them one hundred percent wrong,” Pixie Lott remarked.

Watch her performance below:

As Grand Winner, Justine gets to take home £30,000 bursary towards her musical education as well as a family holiday to Orlando, Florida from Universal Studios and Norwegian Air.

Apart from Justine, another Filipina singer — Victoria Alsina — also made it to the Grand Finals for this season of “The Voice Kids UK.”

While the finale pushed through with a production inside a studio, it did not include a live audience due to COVID-19 pandemic restrictions. The show had a virtual audience who voted for the grand winner instead.