Super Inggo was a big hit among televiewers throughout its run from 2006 to 2007. It starred then child actor Makisig Morales. Aside from Makisig, there were other child actors in the show who also le 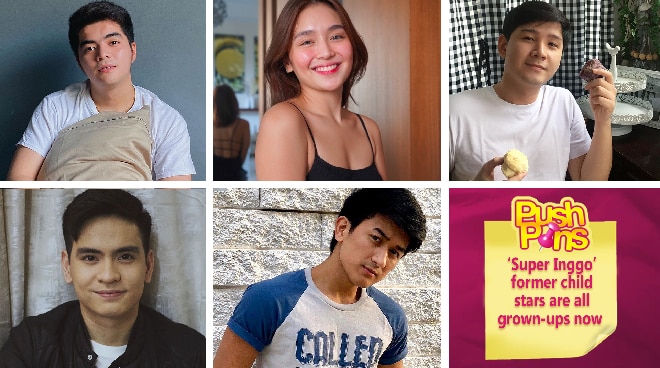 Super Inggo was a big hit among televiewers throughout its run from 2006 to 2007. It starred then child actor Makisig Morales. Aside from Makisig, there were other child actors in the show who also left a mark among the Kapamilya viewers. Fast forward to 2018, the former child stars are now all grown-ups and have pursued their respective paths in life. See how they‘re doing now.

Makisig played the lead character Budong who transformed into Super Inggo. After Super Inggo, he became part of several Kapamilya shows including ‘Mirabella,’ and ‘Bagani,’ among others.

In 2014, Makisig moved to Australia with his family but came back later in 2017 to the Philippines and pursued showbiz once again. Last year, in June 2019, Makisig tied the knot with his partner, Filipino-Australian beauty queen Nicole Joson.

Kathryn played the role of Maya in the series who was the love interest of Budong. Among the cast, she had the biggest break in the industry.

Dubbed as the ‘Box Office Queen of her Generation,’ Kathryn has starred in several successful films such as ‘Barcelona: The Love Untold,’ ‘The Hows of Us,’ and ‘Hello Love Goodbye,’ among others.

She also took on major roles in teleseryes. Among these were ‘Princess and I,’ ‘Got to Believe,’ ‘Pangako Sa ‘Yo,’ and ‘La Luna Sangre.’

Kathryn also ventured into business and now runs her own nail salon and a barbershop with her partner, Daniel Padilla.

Jairus played the role of Budong's best friend and sidekick named Pareng Jomar. After Super Inggo, he took on several roles in films and TV shows.

Aside from being an actor, he also had hosting stints and became a video jock for MYX. His last appearance was in the family drama series ‘Pamilya Ko.’

Joshua played the role of Mighty Ken who had special powers too. After the show, he took on roles in several Kapamilya seryes before transferring to another network.

His last TV appearance was in 2017, but he currently runs a YouTube channel where he shares updates about his life.

Andrew played the role of Amazing Teg who was one of Budong's rivals in the Power Academy. Like the others, he also pursued a career in showbiz and is currently part of Viva Artists Agency.

Aside from acting, it seems like Andrew has also been traveling to different countries based on the photos posted on his Instagram page.

What do you think of their transformation?