Is there a possibility for Hyun Bin and Son Ye Jin to visit the country together at the same time? 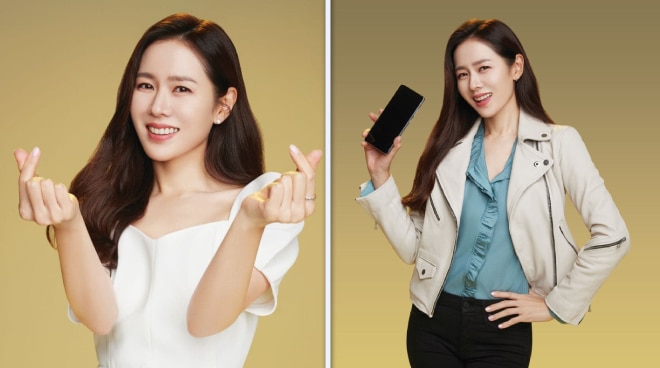 It has been confirmed: Crash Landing On You (CLOY) star Son Ye Jin is now the newest endorser of local telecommunications brand Smart. This, following the company’s announcement of having Korean star and fellow CLOY actor Hyun Bin as its brand ambassador last June.

READ: When is Hyun Bin coming to the Philippines?

During the virtual press conference held Monday, August 3, Smart’s President and CEO Alfredo Panililio described Son Ye Jin as a “very accomplished person” who has made her mark yet remained simple, fit for their brand’s promise.

Some of the questions asked during the press con was the possibility of Son Ye Jin coming to the Philippines in the future.

According to Head of Postpaid Marketing Shing Dimagiba, one of Son Ye Jin’s messages for her Filipino fans is wishing for the situation to improve so she could finally meet them.

PLDT Smart First Vice-President and Public Affairs head Ramon Isberto, likewise, said, “We still have to work it out,” acknowledging the current situation given the COVID-19 pandemic. “We’ll have to plan that very carefully and keep you updated… But I can assure you, as Jane and Al [other company executives] has been talking earlier about, that Son Ye Jin really wants to come here. She’s been here and she’d like to come back, and I’m sure all of you guys would like to see her,” he said.

Is there a possibility for Hyun Bin and Son Ye Jin to come together at the same time?

According to Jane Basas, SVP and Head of Consumer Business – Wireless, it will depend on their schedules, as they are part of two separate management teams. Hyun Bin is from VAST Entertainment while Son Ye Jin is from MSTeam Ent.

Starring Hyun Bin as Captain Ri Jeong Hyeok and Son Ye Jin as Yoon Se-ri, it tells the story of a South Korean businesswoman who accidentally landed in North Korea, and was found by a North Korean soldier.