Angel Locsin penned a heartwarming message to the brave frontliners working in the medical field. 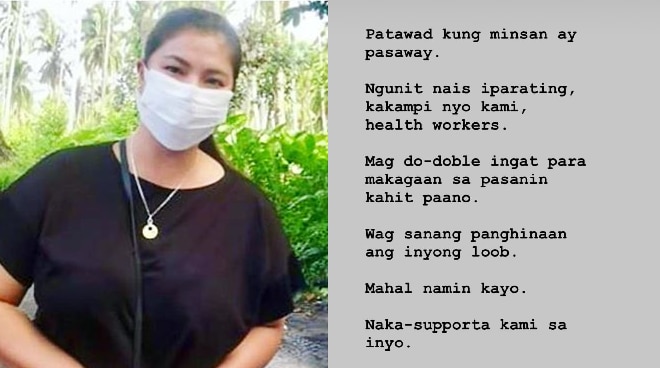 In what appears to be a message of solidarity with fellow Filipinos who are concerned about the welfare of frontliners working in the medical field, Angel Locsin penned an open letter thanking them for their sacrifices.

Seemingly addressing the plea of health workers amid overwhelming demands in hospitals due to the ongoing COVID-19 health crisis, Angel began by apologizing on behalf of each and every of Filipino — including herself — for being “pasaway” at times.

She went on to say that she would take extra caution in whatever she does to lessen the burden of the courageous brave men and women working in the frontlines. At the end of her letter, the Iba ‘Yan host praised them for being the heroes in the continuing war and thanked them for all the sacrifices they have made for the Filipino people.

READ: ‘I will trace you’: Angel Locsin threatens to go after basher hiding behind fake identity