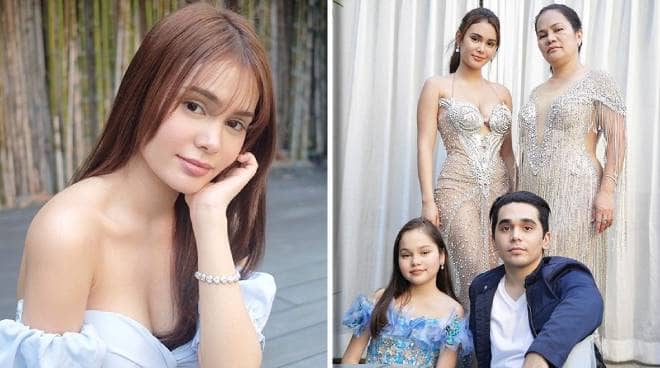 Ivana Alawi is celebrating her first year as a vlogger.

On Instagram on Friday, August 28, the Kapamilya actress marked the occasion by sharing a photo of herself with her mom Fatima and siblings, Hash and Mona.

“Happy 1st anniversary on YouTube! — Alawi family,” she wrote in the caption.

Ivana, 23, just recently hit the 8-million mark on YouTube, surpassing even some of the country's biggest stars.

Ivana launched her vlog last year, with a video of her trip to the mall with her sister Mona.

Her most viewed YouTube videos to date include her "A Day in my Life" vlog, which already amassed more than 22 million views, followed by a video where she was pranked by her sister, which has earned close to 20 million views.

Prior to the lockdown due to COVID-19, Ivana also marked a milestone after she signed an exclusive contract with ABS-CBN and landed her first teleserye in a lead role, Ligaya.

She was last seen on TV via the crime drama series Sino Ang May Sala?: Mea Culpa in 2019.