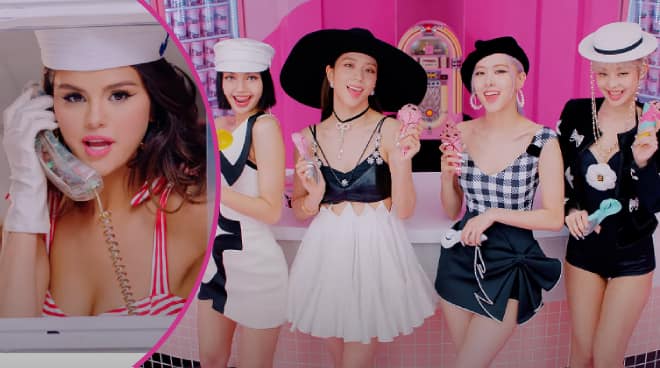 The music video for BLACKPINK and Selena Gomez's much anticipated collaboration titled "Ice Cream" has finally been released.

The bright and colorful video features the K-Pop girl group and the American pop star in ice cream wonderland.


"Ice Cream" is the second song released by the group this year before their first full album coming this September.

It is the girl group's first collaboration with Selena.

In an interview with Naver as translated by entertainment website Soompi, BLACKPINK says they are excited over the collaboration with Selena.

#SELPINK is officially in your area. The song and video for Ice Cream are out now! 🍦 @blackpinkofficial

“All of us are fans of Selena Gomez. Although we couldn’t meet in person to work on the song, we were charmed by her once again while communicating with her multiple times [during the production process]. Seeing how humble she was and how freely she expressed her opinions made us think that she was a really cool person," BLACKPINK stated according to the interview.

The K-Pop girl group hopes to do a live performance of "Ice Cream" with Selena in the future.