Lea Salonga shares how her virtual duet with Regine Velasquez was set up. 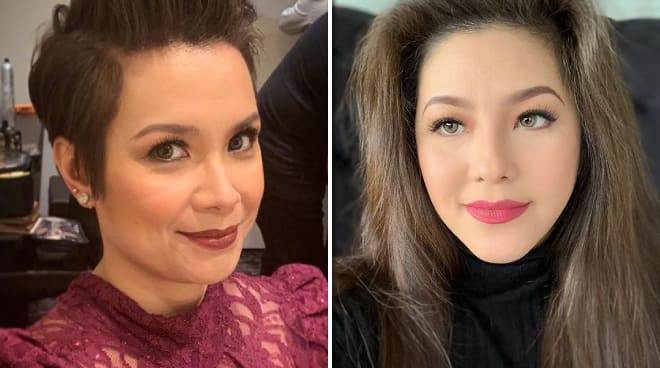 Lea Salonga shared how her virtual duet recently with Regine Velasquez came together. According to the Broadway star, it was actually the first time that she got to work with the Asia's Songbird.

“We didn’t get to actually work together in the traditional sense. There was a sequence of how everything came together. They sent me the minus one which was created by her musical director Raul Mitra."

Lea shared that she then put her video and vocals together and sent it back to Raul and Regine.

"It was Regine who then worked around the vocal that I did and Raul added whatever needed to be added later on… Technically yes it was the first time that we sang a duet," she said.

The singer shared that they had to pre-record the performance because there is always a delay when doing live streams.

“There’s always going to be a one or two-second delay. It’s impossible for any two people to sing together until that is figured out, or one of the pair is constantly conscious of the delay. It’s always singing either a beat ahead or a beat behind. Mentally it’s difficult,” she relayed.

Lea remarked that she is looking forward to working with Regine on the concert scene in the future.

"The moral of the story is you can be in your 50s and you still have something to look forward to, na hindi pa tapos ang buhay," she stated.