Marjorie Barretto gave a tour around her garden for the first time. 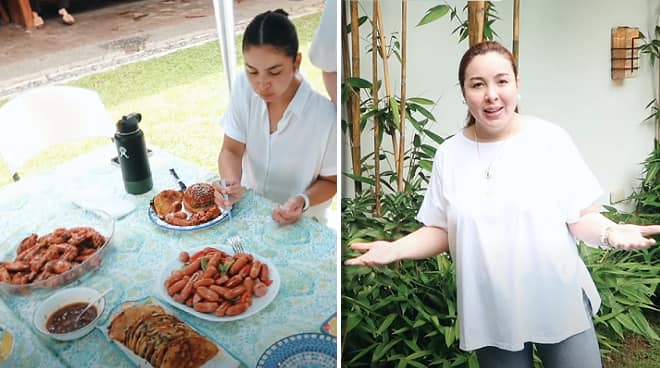 Marjorie Barretto gave a tour around her garden for the first time as she hosted a barbeque picnic for her kids.

Often seen on social media full of design, Marjorie showed an undraped view of the garden which she described as a blank canvass that turns into something beautiful for special occasions of the Barretto family.

According to Marjorie, the reason she decided to give her fans a tour around the garden tour was to show them was because a lot of people have been asking her to do one.

Among the plants Marjorie has in her garden are a kalacuchi tree, a Yucca tree, bamboos, and lemon trees.

Meanwhile, the 45-year-old actress-turned-vlogger — known for being a hands-on mom — also hosted a potluck-themed barbeque party before her kids go back to school.

Her kids Dani, Julia, Claudia, Leon, and Erich as well as son-in-law Xavi and granddaughter Millie were all in attendance at the party.

Marjorie’s garden is where she usually hosts birthday parties for her kids.