Music newcomer Michael Pacquiao's performance of his new song "Hate" in the Wish bus has been viewed more than 10 million times since it was uploaded on YouTube last August 5. 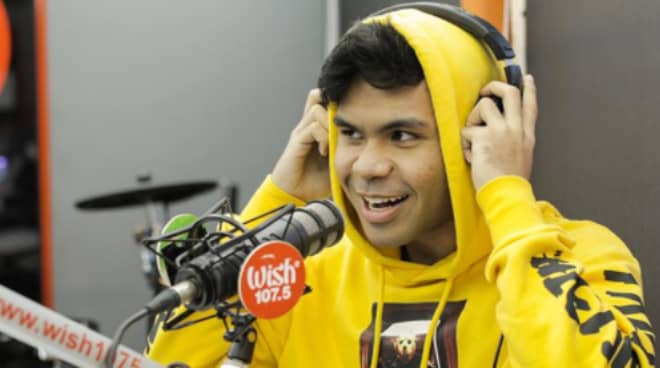 Music newcomer Michael Pacquiao's performance of his song "Hate" in the Wish bus has been viewed more than 10 million times since it was uploaded on YouTube last August 5.

As of writing, Michael's Wish bus performance already has more than 11 million views.

In an interview with ABS-CBN News’ Dyan Castillejo, the 18-year-old Pacquiao said he didn't expect for the video to go viral at all.

“I didn’t expect it. I was just really happy to be in the Wish bus and performing there. I didn’t expect that this is gonna be a hit. I just chose the song ‘Hate’ because at least I’ll let that out. I’ll let everyone know that nothing can stop me,” he said.

According to Michael,  his song “Hate” is about proving his haters wrong.

“When I wrote the song, all I thought about was the people that doubted me, people who didn’t believe in me. I was like I’ll make a song out of this because I have nothing else to write,” he said.

The song is part of Pacquiao’s debut album "Dreams." He is set to drop another song on September 1.

Watch his performance video below:

Michael is the second child of Senator Manny Pacquiao and Jinkee Pacquiao. He has four other siblings — Emmanuel, Mary Divine, Queen Elizabeth, and Israel.