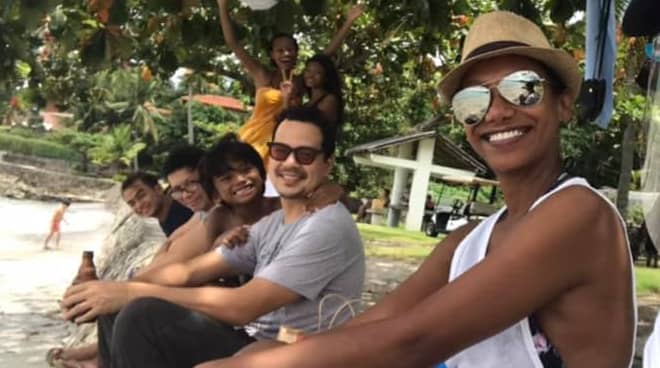 The Manilennials star posted photos of their beach trip on Facebook, where she expressed her happiness over her unexpected reunion with John Lloyd after 21 years since they last saw each other.


In the caption, she wrote:

Wilma revealed it was John Lloyd who invited her and her family to go swimming.

Aside from John Lloyd, director and actor Earl Ignacio was also on the beach trip.

The photos, Wilma said, were taken at a private resort in Tali Beach in Nasugbu, Batangas.

John Lloyd, 37, recently made headlines after appearing in the much-talked-about The Great Dictator protest video against the recently signed anti-terror law.