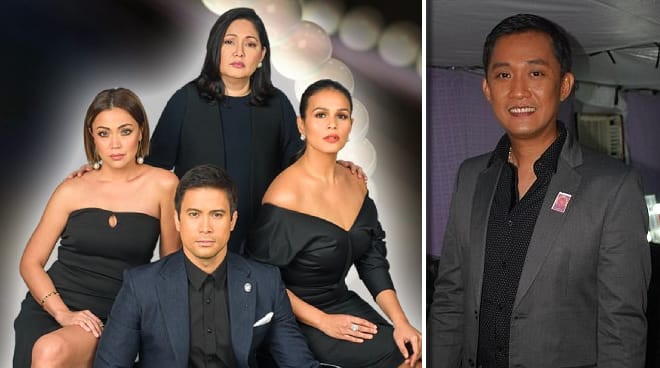 After dedicating his latest drama series Ang Sa Iyo Ay Akin in honor of the 11,000 employees of ABS-CBN who recently lost their jobs, director FM Reyes revealed how well they practiced social distancing on the set, even when it came to scenes that required physical contact like when two characters end up slapping each other.

“Walang physical contact so maski love scene, kissing scene, yang mga sampalan bawal so dayaan lahat yan. You can position your camera and it would seem like somebody is kissing someone, so we have to be clever. We had to find ways kung paano namin mapa-practice yung social distancing,” he revealed.

The talented director, who was also at the helm of Kapamilya series like Nang Ngumiti Ang Langit, Moon of Desire, Apoy Sa Dagat, Alyna, Lobo, Maging Sino Ka Man, and Gulong ng Palad, admitted he has also been very careful whenever he is at work.

During the Ang Sa Iyo Ay Akin virtual press conference, direk FM couldn’t help but get emotional at the changes not just in the industry but in the blow against ABS-CBN when the franchise renewal was denied. “Hindi madali na papasanin namin lahat itong krus na ito. But, it makes it easier knowing that if we make it well in this platform, we will be helping a lot of our co-workers to again have our jobs back,” he said.