Two young Filipino singers have secured a spot in the grand finals of the British version of the singing competition ‘The Voice Kids.’ 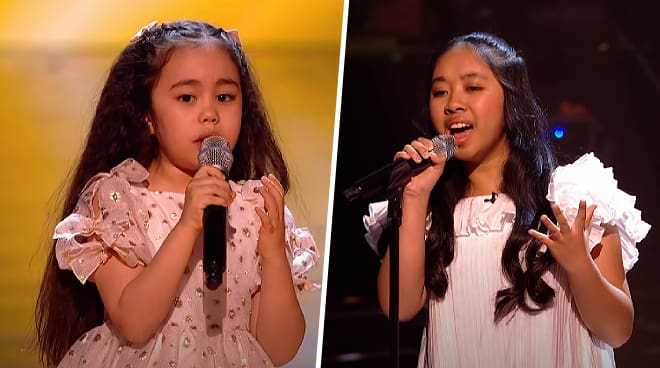 Two young Filipino singers have secured a spot in the grand finals of the British version of the singing competition The Voice Kids.

Pinoys Victoria Alsina and Justine Afante, along with George Elliot and Dara McNicholl, were announced on Sunday, August 23 (PH time) as the last four acts performing for votes for the last time on Saturday, August 29.

Victoria, one of the youngest ever finalists in the show's history at the age of seven, entered the top 4 of The Voice Kids UK after her rendition of Mariah Carey's “Hero” and earned the vote of her coach will.i.am.

The Black Eyed Peas rapper said it was a tough decision.

“My gut is split into three equal parts. The person I'm taking through is… Victoria,” he said.

Meanwhile, 13-year-old Justine, who is based in Swansea, Wales, was picked by her coach Pixie Lott after she blew everyone away with her incredible performance of Whitney Houston's “One Moment In Time.” Justine beat out fellow Pinoy Joshua Regala who performed Lewis Capaldi’s “Before You Go”.

“I really think there's something super special in all of you. I feel so lucky and grateful that all of you are on my team. I love you all, I'm going to go with... Justine,” said the “Boys and Girls” hitmaker.

The four finalists will compete in the live grand finals on August 29 – which won’t have a live audience – with the public ultimately deciding the winner.

The winner gets a £30,000 bursary towards their musical education as well as a family holiday to Orlando from Universal Studios and Norwegian Air.