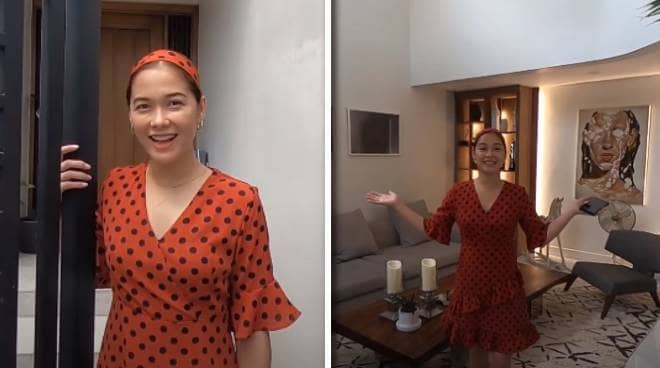 Actress Maja Salvador gave her YouTube subscribers a treat as she opened up her family home in a vlog uploaded on Friday, August 21.

Maja started the tour in their mini garden where she showed the griller she gave her brother as a gift. She also shared with her followers the safety protocols that they are practicing at home in line with the ongoing COVID-19 pandemic.

Also joining her in the vlog was her friend and their home’s interior designer Miah Gomez. According to them, the house has a modern tropical theme. Maja walked her followers through her favorite area of the house – the living room. It is because of the high ceiling, she said.

Likewise, she showed their kitchen, dining room, and their lanai-turned-gym that also has a sauna.

Maja’s last project with ABS-CBN was the primetime teleserye The Killer Bride, which concluded last January.