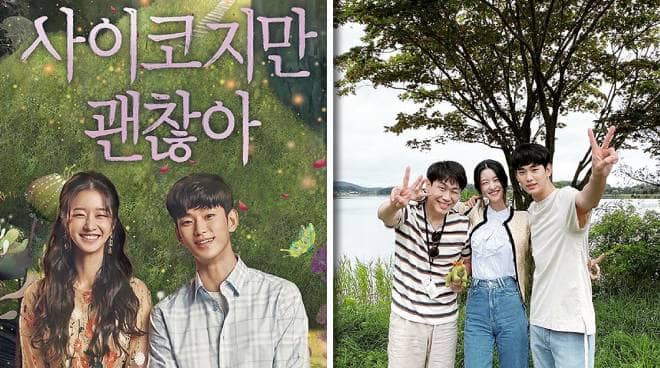 It's Okay to Not Be Okay writer Jo Yong will publish five children's books from the hit K-Drama.

In a report by Naver TV, as translated by entertainment website Soompi, Yong remarked that the books in the series played an essential role in the healing and growth of one of the show's main characters named Go Moon Young, which was played by Seo Ye Ji.

“The stories in the children’s books have a deep connection to Moon Young. Moon Young, who develops antisocial personality disorder due to emotional abuse from her mother as a child, uses the books to tell the world, ‘Help me,’ ‘Save me,’ and ‘Help me so that other children don’t have to suffer as I did,'" Yong said.

She continued, "From when I first began creating the character, I wanted to use children’s books as Moon Young’s window of communication and her method of survival, and I wanted to show that only those with similar scars as Moon Young could discover the true meaning of the stories and begin to heal.”

According to Yong, the show's director Park Shin Woo was the one who encouraged her to publish the books.

“In the process of editing the scripts from episode 1 to 4, director Park Shin Woo suggested that I publish ‘Zombie Kid’ instead of just introducing the story in the drama," she relayed.

It's Okay to Not Be Okay continues to make headlines around the world and even topped the trending list on Netflix in the Phiilippines.

Aside from Seo Ye Ji, the show stars Kim Soo-hyun and Oh Jung-se.