‘Can’t wait to share this with all of you’: Erich Gonzales teases new project with Enchong Dee

Erich Gonzales and Enchong Dee have given their fans a reason to rejoice when they teased an upcoming project together. 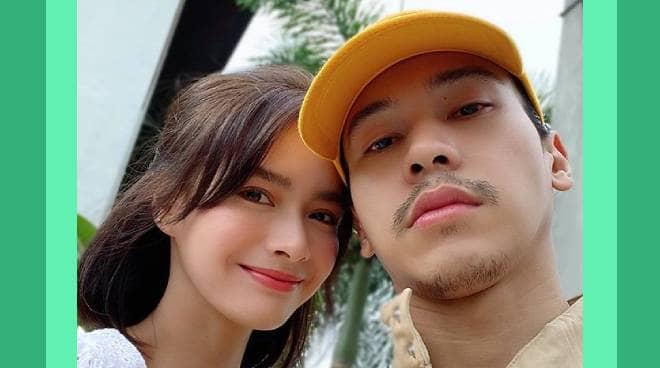 Long-time onscreen partners Erich Gonzales and Enchong Dee have given their fans a reason to rejoice when they teased on Friday, August 21, of an upcoming project featuring the two of them.

On Instagram, Erich posted a photo of herself with Enchong, and wrote in the caption, “Can’t wait to share this with all of you. Soon on ENRICH ORIGINALS.”

Can’t wait to share this with all of you ♥️ Soon on ENRICH ORIGINALS. @enrichoriginals

Enchong, for his part, posted a similar photo on his Instagram Stories and said, “When one door closes... look for a bigger door to knock down.”

Tagged in Erich’s post was an Instagram account dedicated to their project, which appears to be an online series starring the two as Gian and Gianna.

As hinted on their page, the project will be directed by screenwriter Noreen Capili—who is known for her films Walang Hanggan and Through Night and Day—and will feature Janella Salvador, Arjo Atayde, Alex Medina, and MJ Cayabyab.

Aside from their joint Instagram account, Erich and Enchong also launched a YouTube channel especially for the project, which they similarly named “ENRICH ORIGINALS.” As of this writing, the channel has over 2,500 subscribers.

The onscreen pair first worked together in 2009 in the primetime series Katorse.

They went on to co-star in several projects, including the series Tanging Yaman, Maria la del Barrio, Magkaribal, and The Blood Sisters, as well as films I Do, Paano Ko Sasabihin, and Once A Princess.