Angeline Quinto confirms being in a relationship

Singer Angeline Quinto has gone on the record to confirm the status of her dating life. 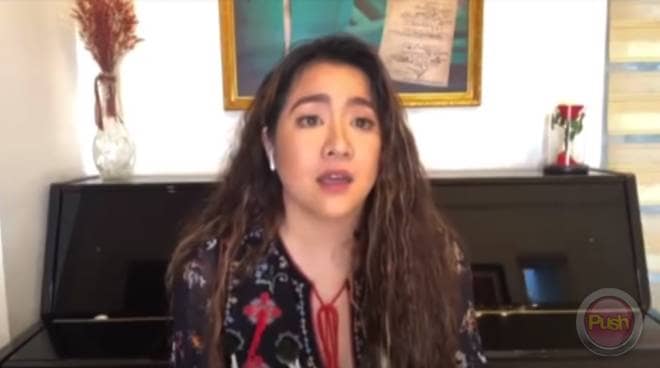 Singer Angeline Quinto has gone on the record to confirm the status of her dating life.

The 30-year-old hitmaker recently admitted that she is now in a relationship after her personal life came up during an interview on the online talk show I Feel U.

Angeline, however, did not give further details about her new relationship.

However, when asked whether she feels “inspired” by her new boyfriend, Angeline quickly answered, “Of course!”

In an interview with ABS-CBN News just last March, Angeline admitted that she has been praying to finally meet the right man for her.

Angeline Quinto I Feel U