The enhanced community quarantine due to coronavirus pandemic has mostly been a positive experience for singer-host Karylle and her husband Yael Yuzon. 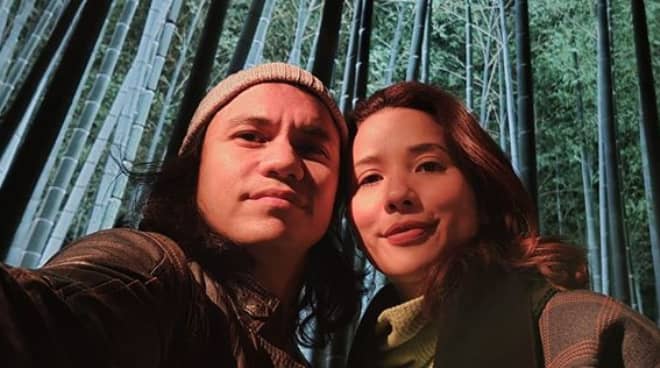 The enhanced community quarantine due to coronavirus pandemic has mostly been a positive experience for singer-host Karylle and her husband Yael Yuzon.

The “It’s Showtime” mainstay said she and Yael were able to deal with the pandemic positively thanks to music, in an interview on “The Morning Rush” of Monster RX 93.1 on Wednesday, August 19.

"There's always singing in this home. In the beginning of the quarantine, we were quickly adjusting because the first call for fundraiser came in and that was Bayanihan Musikahan. The group of Mr. C (Ryan Cayabyab), who is our ninong sa kasal, raised about P120 million. So it was a very productive, very positive way to deal with the pandemic," Karylle said.

According to Karylle, part of their adjustment to the “new normal” as performers include investing on new equipment that they would need for online performances, including laptops and microphones.

"We quickly adjusted, the house became parang, this became the stage,” she said.

She also shared that she helps her husband and his band Sponge Cola set up for their online performances.

"I became a staff member of the Bayanihan Musikahan kasi I got so invested in. I made so many mistakes... I've learned so many things along the way and then I transitioned to becoming Yael and the band's technical person and their staff,” she said:

“So ako na 'yung nag-e-e-cam kapag may Facebook Live sila every Thursday. And then the good news came this week, may suweldo na ako P2,500," she added.

Aside from music, Karylle said their pet dogs also helped her and Yael cope with the lockdown.

"When people ask, 'how you doing during quarantine?' 'The dogs are taking good care of us.' We howl like once a day. The neighbors just have to deal with it. We are releasing our bad vibes," Karylle said.

Karylle and Yael have been married for six years. They celebrated their sixth wedding anniversary last March.