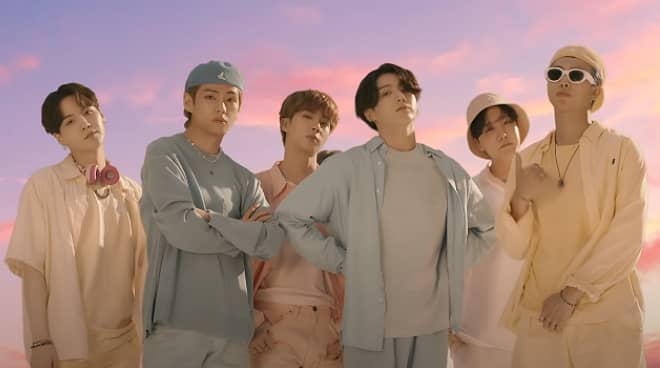 Dynamite is the K-pop boy group’s first song written entirely in English. BTS, in an online press conference, talked about spreading good vibes and inspiration through this song. A report by Variety.com quoted leader RM, saying, “As soon as we heard it, we thought it was really fun and exciting, a fun and cheery song that wasn’t that serious. It just made us feel good when we heard it. We really wanted to share this energy with the fans as soon as possible.” Likewise, the article quoted lead rapper Suga, “For ‘Dynamite,’ our goal is a little bit different and a little bit special. We built this song to give strength to the people who listen to it. Our goal is to have as many people as possible hear it and get a little bit of reassurance and healing from it.”

Composed by RM, Jin, Suga, J-hope, Jimin, V, and Jungkook, BTS is the band behind other record-breaking hits like ON, Boy With Luv, and Black Swan, among others.