Kisses Delavin visited an evacuation center in Masbate with her family. 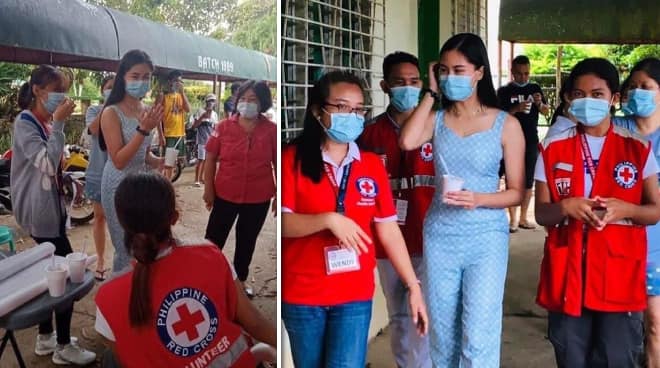 Kisses Delavin extended help to her kababayans in Masbate which was hit by a 6.6 earthquake on Tuesday, August 18.

The post read, "Kisses Delavin together with her parents visited an evacuation center in Cataingan, Masbate to give help and comfort after an earthquake jolted the city."

"Thank you to the fans who shared these photos and let's pray for all the people affected," the post added.

Kisses was born and raised in Masbate.

Thank you for the smile you gave me, I’ve been wearing it a lot lately 😃💖 #byepast #hellofuture

Dearest person, I’ll say this only once. Protect your heart. I’d do that for you if I could, but only you can guard it yourself

She joined Pinoy Big Brother: Lucky 7 in 2017. She won as 2nd Lucky Big Placer in the reality television show.