Following franchise denial, ABS-CBN to distribute its shows and movies in South America, Africa, and Asia

ABS-CBN has expanded the distribution of its shows in different parts of the world. 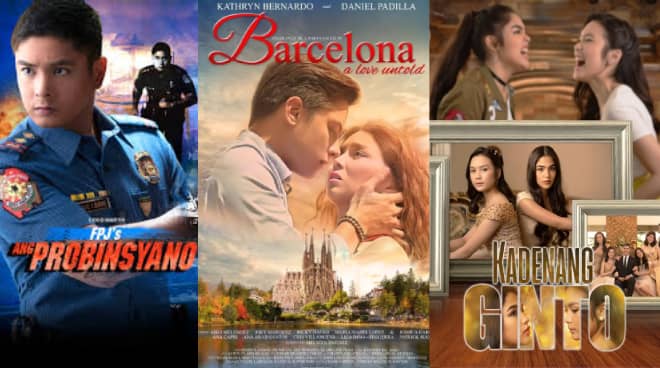 Starting this year, ABS-CBN will be expanding the distribution of its shows on different continents. The media giant will start distributing its hit programs in Africa, South America, and Asia.

In a report by ANCX, among the shows that will be broadcasted in Africa will be FPJ’s Ang Probinsyano, Kadenang Ginto, The Killer Bride, Araw Gabi, The General's Daughter, La Luna Sangre, Sino Ang May Sala: Mea Culpa, Love Thy Woman, Hanggang Saan?, and Sandugo.

Meanwhile, Los Bastardos, Sandugo, and Sana Dalawa ang Puso are currently broadcasting in Myanmar. A remake of Love Thy Woman is in the works in Indonesia. ABS-CBN's Dahil May Isang Ikaw will be broadcasted in Ecuador.

Movies produced by ABS-CBN have been distributed in other countries as well. Barcelona: A Love Untold and My Perfect Heart were shown in Vietnam, while Dear Other Self is currently being shown in Brunei.

ABS-CBN’s content has already reached 50 territories around the world to date.

ABS-CBN solidifies its digital transformation with another milestone as ABS-CBN News reaches 10 million subscribers on YouTube.

#ABSCBNPRNewsRundown: Filipino-dubbed Thai series “Still 2gether,” “Come To Me,” and “I’m Tee Me Too,” landing soon on iWant; Bright Vicharawit debuts first OPM song cover “With A Smile,” the official theme song of “Still 2gether” in the Philippines, and Inigo Pascual and Moophs collaborate for funky pop single "Lost."

After it was denied a new franchise by the House committee, ABS-CBN has been distributing its content on various platforms. Aside from international licensing and distribution, ABS-CBN programs can be watched on various digital sites, cable TV, and streaming services.