South Korean star Kang So-ra is getting married to a non-celebrity. 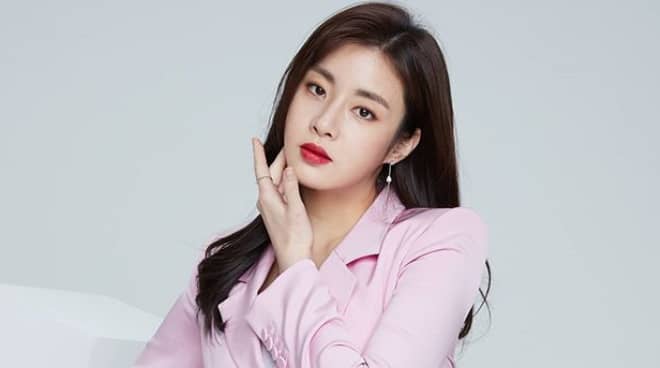 Korean actress Kang So-ra is getting married to a non-celebrity, her agency — Plum Entertainment — confirmed in a statement.

“Plum Actors’ actress Kang So-ra and her older non-celebrity boyfriend, based on their trust and love for one another, have decided to tie the knot,” the agency said in the statement as translated by Korean entertainment site Soompi.

The agency went on to reveal that the 30-year-old actress’s wedding was supposed to occur in two weeks’ time. But due to the COVID-19 pandemic, the wedding was postponed and moved to another date. And instead of a big ceremony, it will only be attended by only their closest family and friends.

“The wedding was originally scheduled for August 29, but the ceremony has been canceled due to the COVID-19 situation worsening again. The ceremony will be replaced by a small gathering between the couple and their direct families,” the statement added.

The statement continued: “In consideration of the non-celebrity groom-to-be and each side’s family, all details will be kept private, so we ask for the reporters’ understanding. Kang So-ra will continue to greet all of you as an actress with good projects and activities. Please send support and blessings to actress Kang So-ra, who is facing a new beginning in her life.”

Meanwhile, Kang So-ra also penned a handwritten letter addressed to her fans and expressed her gratitude to everyone who supported her throughout her 11-year journey.

“It has already been 11 years since I debuted. Thanks to all of you who congratulated me and were happier for me than even I was for myself, I felt gratitude that cannot be fully expressed in words. Thanks to the support and love you gave me during the 11 years, I was able to stay strong and come this far. I sincerely thank you for always staying by my side and making me feel secure,” she said.

Keeping a promise to her fans, she stated: “I will work hard to show a happy married life and many more sides as an actress so that I can return [what I’ve received] to all of you who believe in and support me. Please continue to watch over me.”

So-ra debuted in 2009 through a thriller film titled 4th Period Mystery. She went on to star in more films and dramas which skyrocketed her to fame.

Kang So-ra is most popularly known for her roles in dramas such as Dream High 2, Ugly Alert, Doctor Stranger, and Revolutionary Love, among others.