These South Korean celebrities are talented both onscreen and on the concert stage. 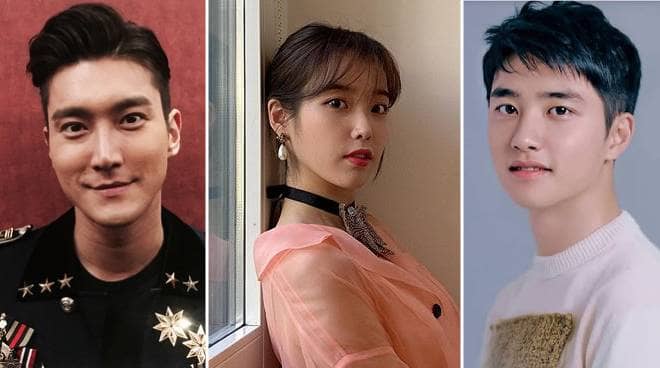 There’s something about Korean culture which makes people across the globe — most especially Filipinos (yes, we’re claiming it) — wanting for more. While the kind of values shared through both cultures speaks volumes, we also can’t deny the fact that we love them because of our good-kind-of-obsession with K-Dramas and K-Pop music.

While not all K-Drama fans are into K-Pop music as not all K-Pop music fans are into K-Dramas, several K-Culture enthusiasts simply couldn’t help but muse about some Korean celebrities. Well, for one, a lot of them could both nail it not just in acting, but also when it comes to singing (and dancing). We’re talking the total package.

PUSH listed down some of the Korean celebrities who made people swoon with their immense talent in both singing and acting. Check them out below:

If you were a K-Pop fan first before you started watching K-Dramas, you may have first discovered Hyungsik as part of the K-Pop group ZE:A (a K-pop group formed through the Mnet reality show ZE:A's Debut Diary). But if it’s the other way around, then yes, you are looking at the exact Hyungsik who appeared in The Heirs, High Society, and Hwarang. Talk about versatility.

Park Jin-young of GOT7

Let us clear up things first: We’re talking about Park Jin-young of GOT7 and not J.Y. Park of JYP Entertainment. Yes, the one who appeared in shows like Dream High 2, This Is My Love, and Legend of the Blue Sea. On top of that, he is also a philanthropist. Wow.

I mean, you’d probably say: “Who doesn’t know, IU?” That’s because IU — dubbed Nation’s Little Sister in Korea — has gotten pretty big as a solo act since she first started out as a K-Pop trainee a decade ago. And just like her music, IU’s work in both film and television is unparalleled — with Hotel Del Luna being her most notable one in the Philippines.

If you’ve just become a K-Drama fan recently, then you probably know Bae Suzy for her roles in While You Were Sleeping and Vagabond. But did you know that she began her career as part of the K-Pop girl group Miss A? Our BAE Suzy may be young, but she’s been around for quite some time now. Now, time to listen to her music.

L has captivated us with his charm as part of Infinite. Our love for him will surely live on through Infinity and Beyond! But we simply couldn’t deny that he also won our hearts with the roles he played in Cunning Single Lady, My Lovely Girl, and One More Time.

Even those who have been living under the rock probably knows who this charming young guy is — including his journey since Day 1. Born Kim Tae-hyung, the member of the massively huge group BTS — who, by the way, is known across the globe — can do almost anything. Well, apart from acing almost any talent on stage, he can actually act. Yep, he had a role in KBS drama Hwarang.

You probably first discovered Hyeri through the acclaimed K-Drama Reply 1988. I mean, she made us laugh, cry at feel almost every single emotion we can through that show which we still couldn’t move on from. But did you know that she started her career as part of the K-Pop group Girls’ Day? It’s time to check out her music.

And then there’s D.O. whom we all know for being part of the amazing group EXO. But his charm on stage easily translated to television as he had fans giggling with his roles in It’s Okay, That’s Love and 100 Days My Prince.

Siwon rose to prominence for being part of Super Junior, but longtime fans of his definitely know he can do so much more. In fact, he has made appearances in various K-Dramas for as long as fans can remember. Among the K-Dramas for which he became a part of include Oh! My Lady, She Was Pretty, and Revolutionary Love.

If you have been a K-Pop fan for decades, then Park Yoo-chun's name, without a doubt, definitely rings a bell. While fans know his rise to popularity started after being part of the K-Pop groups TVXQ and JYJ, Yoo-chun eventually became more famous after appearing in successful dramas such as Sunkyunkwan Scandal, Miss Ripley, and Rooftop Prince, among others.

Then there’s Yook Sung-jae of BtoB who made his acting debut just over two years since becoming part of the K-Pop group. But in case you didn’t know, this cutie has also appeared in Hwarang. Sung-jae's most recent work is the Netflix series Mystic Pop-up Bar.