Ben&Ben put a twist on different OPM hits in a song challenge. 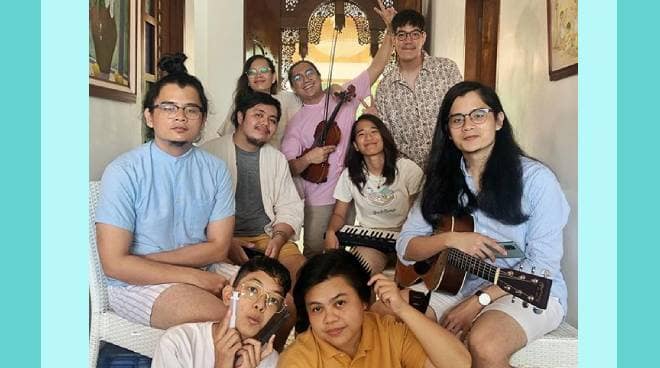 Ben&Ben released another fun and music-filled episode of their YouTube vlog BBTV on Wednesday, August 12. In their latest video, the band did a cover challenge, this time putting their own spin on various OPM hit songs.

"We prepared a song list on the Spin the Wheel app. As you can see there are a number of songs here and after the songs, there will be a number of genres and we will match the genre to the song," Ben&Ben member Andrew de Pano explained the mechanics of the challenge.


Ben&Ben performed a ballad cover of "Tatsulok" by Buklod and also popularized by Bamboo, a disco version of "Otso Otso," by Bayani Agbayani, a funk cover of "Itsumo" by Dice and K9,  and a reggae cover of "Go Up" by SB19. The band also did a hard rock version of their "Pagtingin" song.

The video has already amassed more than 379K views as of this writing.

In the said vlog, Ben&Ben made a cover of "Beautiful Time" by NCT Dream, "Bad Boy" of Red Velvet, "You Were Beautiful" by Day6, and "Feel Special" by Twice.