Karla Estrada made her non-showbiz boyfriend extra proud after her son, Daniel Padilla, recently went viral for showing kindness to a tricycle driver. 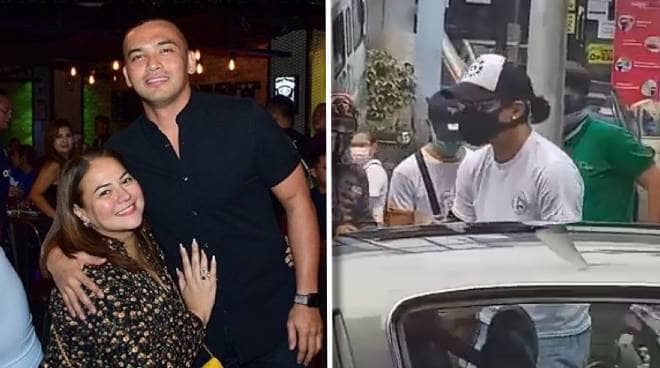 Karla Estrada made her non-showbiz boyfriend, Jam Ignacio, extra proud after her son, Daniel Padilla, recently went viral for showing kindness to a tricycle driver who accidentally bumped into his luxury car.

The road mishap happened in Fairview, Quezon City last Wednesday, August 12. As seen in the now-viral clips uploaded on Facebook by Jessica De Vera Tamayo and Reynaldo Duron, the young actor remained calm throughout the incident, and, in an even more surprising move, handed monetary aid to the tricycle driver involved.

Following the incident, fans of Daniel flocked to Karla's page to praise her for being a great mother. Among them was her boyfriend, who told the Magandang Buhay host: "Behind [a] great superstar is a great woman!"

A Twitter user wrote: "Well hearing about Daniel Padilla's generosity is the news that I want to hear after a long tiring day. Karla Estrada definitely did a perfect job in raising DJ. Not only he was blessed with good looks but with a loving and humble heart."

Meanwhile, also on Twitter, Karla assured worried fans that her son came out of the accident unscathed.