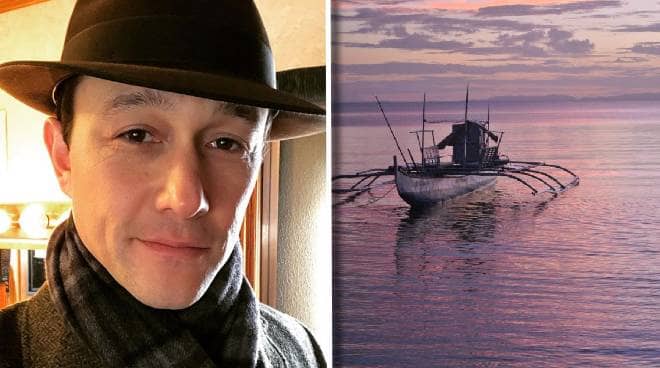 After making an open call on his Facebook page for Filipino speakers last month, Hollywood actor Joseph Gordon-Levitt is once again on the lookout for Filipino talent for a separate project. Last July, Jospeh posted on his Facebook page “Anyone from the Philippines interested in trying voice acting? All I need you to do is read one word out loud in Filipino/Tagalog.” The project was in relation to hitRECord, a production company he established over a decade ago in the U.S. In the website link he provided, they encouraged users to record themselves saying "POETRY" in their native language.

Last August 14, the Inception and Looper star invited Filipino writers to lend their talents for his latest project. In his Facebook post, he shared a scenic photo with the caption, “Looking for people from the Philippines who like to write... know anyone?

I need someone to write a sentence or two that tells the story of this beautiful moment in Donsol. If you feel like doing some writing, post your story here: https://hitrecord.app.link/uA1daxFSV8”

Joseph Gordon-Levitt is a 39-year-old actor, filmmaker, singer, and entrepreneur. He first made his big screen debut as a child actor in the 1992 film Beethoven and has gone on to star in films like 500 Days of Summer, Don Jon, Inception, Sin City: A Dame to Kill For, 7500, Knives Out, with his most recent film this year Project Power. He founded HITRECORD which is an online  collaborative media platform. The company uses a variety of media to produce such projects as short films, books, and DVDs.