Sandara Park gives her fans a glimpse of her fashionable outfits during ordinary days. 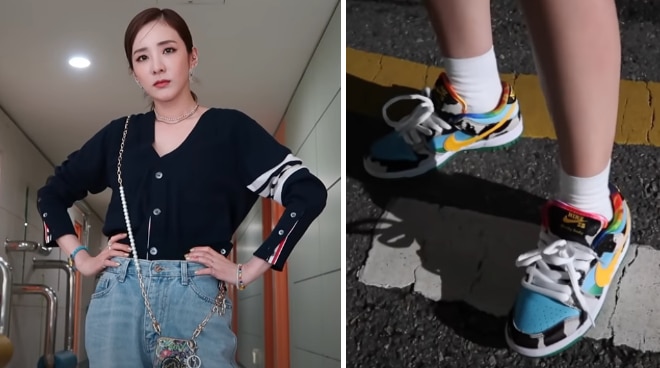 K-Pop star Sandara Park has always been known for her inspiring fashion experiments as she can transform even the most simple get-ups into stylish ones. But If there’s one thing fans know about Dara, it’s that she isn’t one to wear inexpensive stuff — even on ordinary days. Well, most of the time.

For her latest vlog on her Dara TV YouTube channel, the 35-year-old K-Pop star filmed for seven days her trendsetting Outfit Of The Day (OOTD) — proving yet again why she is not only good at what she does on stage but also in making herself look good through head-turning pieces.

But what caught the attention of many was her pair of shoes — a collaboration between Nike and famous ice cream brand Ben & Jerry’s —  which has a whopping resale value of 147,000 pesos in the market right now.

PUSH did some digging on some of the prices of some of the pieces she wore for a week (excluding the accessories) and here’s what we found out: