Lea Salonga recounted how they were able to produce a finale for ‘The Voice Teens.’ 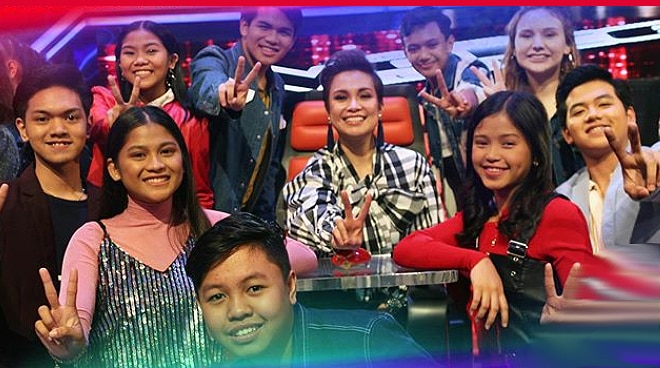 With live shows put into a halt because of the modified enhanced community quarantine (MECQ), this year's finale of The Voice Teens had to be taped from the respective homes of everyone involved in the show.

This was the revelation of Lea Salonga in her column for the Philippine Daily Inquirer.

In her column, the Broadway star wrote, "We had no choice but to finish our second season of The Voice Teens (our eighth season of The Voice overall) from home. Hosts Luis Manzano and Alex Gonzaga, coaches Apl.de.ap, Sarah Geronimo, Bamboo and yours truly, and the Top 12 young artists, all had to figure this out: how on earth do we actually accomplish this?"

Challenge accepted. I got enough of them, so why not? #WomenEmpoweringWomen

Lea admitted that she thought a finale was already impossible to pull off given the challenging situation they had to deal with.

"Truth be told, at the time, I wasn’t sure if we would even be able to have a finale of any kind. To be able to end the season in some way, shape or form was a blessing, in and of itself," she confessed.

Nonetheless, with the help of the production team  and technical crew of the show, they were able to accomplish the challenging task of shooting the finale from home.

"To record our videos, we used whatever resources we had available to us: smartphones, microphones and ring lights. The tech guys gave us the specs required to make our videos look as professional as possible," she relayed.

With the uncertain times ahead, Lea remarked that she is truly thankful to be part of The Voice franchise here in the Philippines for many years.

A post shared by TheVoiceTeensABSCBN (@thevoiceteensabscbn) on Aug 13, 2020 at 1:51am PDT

A post shared by TheVoiceTeensABSCBN (@thevoiceteensabscbn) on Jun 18, 2020 at 6:14pm PDT

It was a tough pick amongst the three coaches but AJ was sure to pick Coach Bamboo! #VoiceTeens

A post shared by TheVoiceTeensABSCBN (@thevoiceteensabscbn) on Feb 13, 2020 at 10:03pm PST

"After all was said and done and our recording process over, we got together in a Zoom chat with a drink in hand to toast our show and one another. I have no idea if we’re going to have another season of The Voice, but I feel very lucky that it happened at all," she stated.