Ailing actor John Regala has been allowed to go home after eight days of hospital confinement. 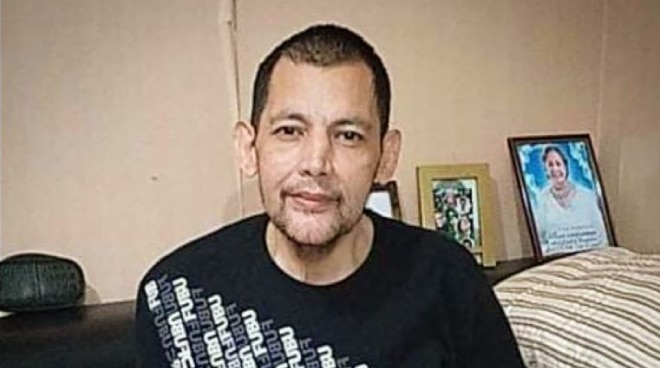 After receiving help from fellow celebrities after photos of him on the streets of Pasay city asking help from strangers went viral, John Regala made headlines after sharing his current situation of suffering from liver cirrhosis and gout. The former action star was rushed to the hospital last week with help from his friends from the industry like Aster Amoyo, Nadia Montenegro, Chuckie Dreyfus, and Liza Dino who have also been posting updates about his condition and asking for support for his medical expenses online.

Last August 13, Liza shared the latest update on John after posting a photo of him recuperating at home. She wrote, “Just want to share this latest pic of John Regala. (Bilang ang ganda ng smile nya dito) He is finally out of the hospital and was brought home safely. Sa mga nagcoordinate while he was still at National Kidney Transplant and Institute—CJ, Vina, Cong. Ronnie (Ang Probinsyano Party List rep), maraming salamat. His medical care continuous within the comforts of his home esp since his pain is much more manageable. The past eight days at NKTI allowed for the doctors to address his concerns and prescribe a pain management medication para mas maging comfortable sya. It's nice to see him smiling again.”

The Film Development Council of the Philippines chairwoman also gave credit to the other personalities who have pooled together to help John since last month. “The round the clock coordination of ate Nadia, Chuckie and Tita Aster is truly admirable. I'm sure kuya John appreciates the outpour of support to make sure he is taken care of. May caregiver na rin na nakassign sa kanya at nangangalaga sa kanyang mga pang-araw araw na pangangailangan. Dale, thank you for looking out for him and sa pagtutok sa kanya,” she wrote.

With John now receiving the medical treatment he needs and support from friends in and outside showbiz, Liza ended her post on a positive and uplifting note. “Yes, there's still hope in this world amid the pandemic kaya wag tayong mawalan ng pag-asa.  Let's appreciate the goodness in people and find our own ways to pay it forward. Kahit na lahat tayo ngayon, kanya-kanyang paraan para magsurvive dahil sa krisis na ito, laging may puwang para makatulong sa iba,” she added.