Frankie Pangilinan has had her fair share of negative comments because of her fierce stance on national and social issues. 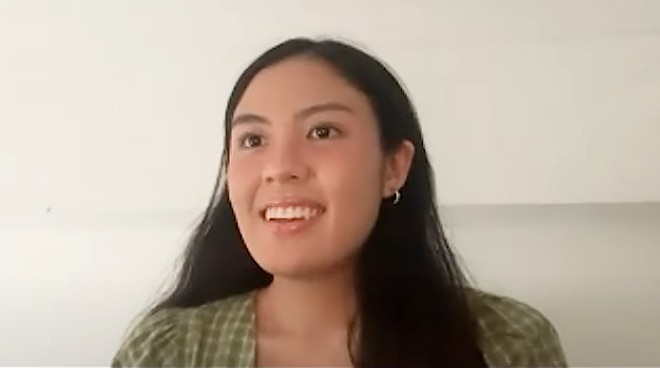 Frankie Pangilinan has had her fair share of negative comments online even before she became a visible figure on social media, particularly on the micro-blogging site Twitter, because of her fierce stance on national and social issues.

In the latest episode of Bianca Gonzalez's vlog series "Paano Ba 'To?", the young singer shared how she handles the negativity that comes with sharing her opinions.

"It's really sad, but in part, it's kind of as if sanay na po ako. [laughs] Obviously that's not an experience I want to wish on anyone. But at the same time, I think there's also those low moments where it can really get to you. And I think that I like to remind myself primarily na parang the amount of hurt or the amount of backlash that I get online, the amount of negativity that I might feel online, it doesn't compare to the pain and the hurt that are felt by millions of others who I'm trying to fight for," said Frankie.

"When you try to make a lasting change, you have to think about everybody else. There's a certain degree of empathy there that allows you to remove yourself from the negativity in the situation and to just focus on what you're trying to fight for and to focus on what you believe in," she said.

Frankie also said that being the daughter of public figures—her father, Francis "Kiko" Pangilinan" is a politician, while her mother, Sharon Cuneta, is a showbiz veteran—has helped train her with how she deals with online bashing.

In the interview, Frankie also shared tips on how one can be confident in one's voice.

"I think that it really honestly depends as well on how passionate you are about what you're talking about. I don't think that you can access any sort of confidence if it's not something that you really, truly care about," she said.

"It's not easy at all, but it's a little not as scary for me I guess to be using Twitter than any other social media platform because I have a certain level of passion for written word and language and things like that. And I want to encourage others to kind of discover din, 'di ba. What are your passions? How can you use them to help others?"

As of this writing, the episode has earned more than 4,000 views since it premiered on YouTube on Monday evening, August 10.