Julia Barretto on working with Joshua Garcia again: ‘We have such a good friendship right now’ 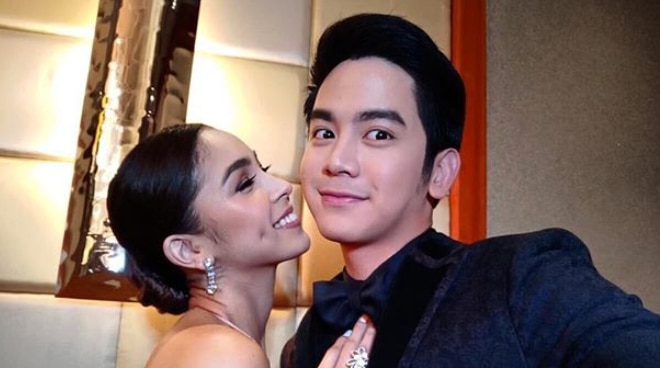 After working together on the zombie horror film Block Z last year, fans of the love team of Joshua Garcia and Julia Barretto were more than happy to hear the news that they would once again be paired together in one of the two mini-movies included in the digital special Love Unlock which premieres on Saturday, August 15 on Kapamilya Online Live.

Playing the role of a scriptwriter named Tin, Julia said that Joshua will be playing the role of her college ex-boyfriend Benj in the almost half hour film. “It was fun. It was nice to be working with him again. I feel like iba ang pagkakaintindihan namin ni Josh pag umaarte na kaming dalawa. Iba yung connect namin pag umaarte na kami kaya kahit through Zoom lang siya, parang it was so easy to do the scenes. Parang bawat take, bawat break, naiintindihan na namin if we want another take, kung ano magiging atake namin. Everything came so naturally so it was fun working with him again,” she shared during the Love Unlock virtual presscon held last August 11.

The 23-year-old actress said that as much as she is happy to be reunited with her love team partner of four years, they are also looking forward to doing other kinds of projects. “I think first of all, we’re just so excited to be reunited for this project that’s coming out on Saturday and we’re both really hoping that this is the last kasi we always talk about our dreams stories to do and our dream theme songs for the movie. Parang we’ve always wanted to pitch some stories. Kasi marami pa kaming gusto i-pitch na stories din,” she said.

The Love Unlock: E-numan star said that viewers can expect to see her natural chemistry with Joshua which made their latest acting piece a very enjoyable experience. “But I think ang kinakatuwa lang namin parehas is yung friendship talaga na mine-maintain namin. We have such a good friendship right now and we’re both really at ease with each other and nakakapag-asaran pa kami like what we were doing last night. And it’s so nice to have that and I think being good friends and being at peace with each other is the reason why we’re in a really good place right now. It’s because we’re okay, we’re really good friends,” she added.