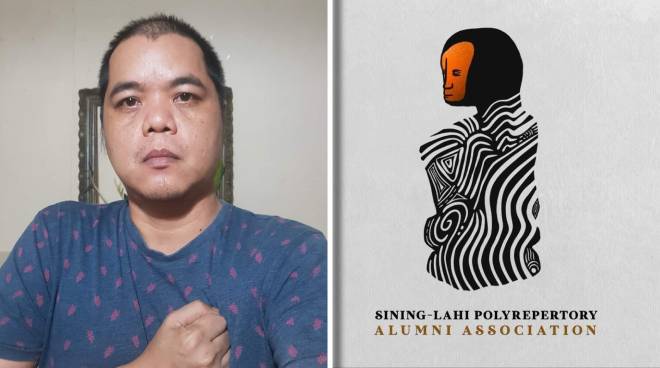 “Our mission is for ourselves to be productive and also to inspire more people to create something or anything despite the pandemic and also give them relatable stories that can give them hope that all this shall pass through.

“Let this pandemic not become a reason for us to stop from creating.  Let’s use it to be more creative and productive,” deklara ng TBA resident director.

Aniya, “Sining-Lahi Polyrepertory is the resident theater group of PUP, I am their alumnus. This was founded on July 29, 1981 while the Alumni Association was founded in 2019 only.

“Together in collaboration with other alumni members, we thought of creating something in the middle of this unproductive series of the life due to the COVID-19 pandemic kaya nabuo ang Connect.”

“Each episode has 8 to 12 minutes running time and all were recorded through zoom conversation. All the actors from this series are alumni members of our group,” dagdag na impormasyon ni Direk Cris about the online series.

“It’s really hard to direct when your actors are on screen and you can’t touch them and internet connection of each participants are also factors.

“Sometime we wait until the connection of internet becomes stable. One of the challenges also is the device being used by the actors, some device has low camera quality and I need to just deal with it, even the aspect ratio of laptop and cellphone are different from each other.

“Even the actual house of each actors becomes the actual set so sometimes we will find the most interesting background so we can finalize our angle.

“But the most challenging part from me is editing. When you record through zoom, it will be boxes of videos and black background. So I need to recreate an interesting background and lay-out. Through the help of Jerrold Tarog, Vanessa De Leon and Benjamin Tolentino and Julius Alfonso, I conquered my insecurities in editing.

“Jerrold suggested an editing software, Vanessa taught me how to cut some clip effectively, Ben commented on some off beat cut and titles and Julius commented more on the acting of the actors.”

Dagdag pa niya, “No one involved in this series was paid in any amount, even me. We just asked if they want to participate and wait for yes or no. All of these are products of LOVE,” kuwento pa niya sa amin.