Diego Loyzaga is back, joins Viva

Diego Loyzaga is now ready to make a showbiz comeback after he took some time off from the spotlight. 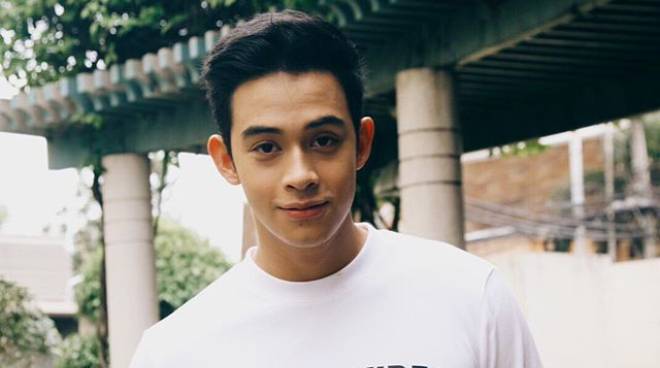 Diego Loyzaga is now ready to make a showbiz comeback after he took some time off from the spotlight.

This was the exciting announcement of Viva Artists Agency (VAA) to fans of the actor, as it introduced Diego as the latest addition to its growing family on Tuesday, August 11.

“We are excited to announce that Diego Loyzaga is back and he'll be the newest addition to our growing family!” said the agency.

We are excited to announce that Diego Loyzaga is back and he'll be the newest addition to our growing family! ✨ Join us tomorrow at 6PM as we go LIVE here on our Facebook Page for his ONLINE MEDIA CONFERENCE! #WelcomeBackDiego #DiegoLoyzaga #VivaArtist

An online media conference for Diego is scheduled on Wednesday, August 12, at 6 p.m. on Viva’s official Facebook page, it added.

Prior to joining VAA, Diego, the son of Cesar Montano and Teresa Loyzaga, was a contract artist of ABS-CBN’s talent arm Star Magic.

The 25-year-old, who started acting in 2011, is best known for his lead roles in numerous ABS-CBN teleseryes, including “Pusong Ligaw” and “Precious Hearts Romances Presents: Los Bastardos.”

In 2018, Diego took a hiatus from showbiz to deal with his depression.

His mother Teresa publicly spoke about Diego’s recovery from depression in a “Magandang Buhay” episode that aired in July 2019.

READ: Diego Loyzaga returns to Instagram after more than a year

"Now he wants to go to school. He wants to study directing. Sabi ko why not? Kasi he has an eye, magaling siya sa camera talaga. Alam niya ang shots, alam niya 'yung codes, sabi ko good on you. So refocus, 'yun lang 'yon. It's a good thing you stop muna, take a break, reassess, refocus and then go," she added.

She also assured fans of Diego that he would soon return to showbiz, as she extended her gratitude to those who had been patiently waiting for her son’s comeback.