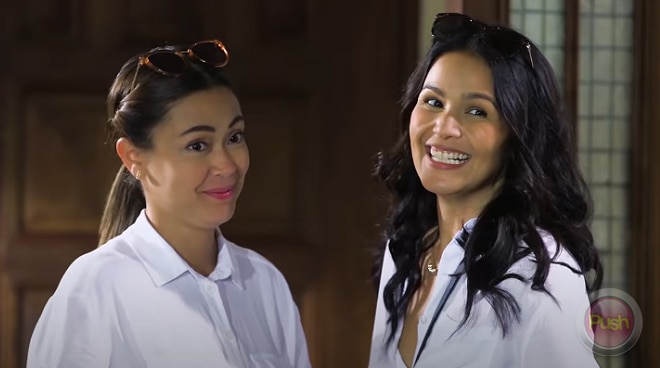 Iza said that the only pressure she feels during acting projects comes from her own personal standards for herself. “I think it’s competition with myself. To this day I experience that. Not competition from another person. It’s me. I’m competing with myself and I always want to be better. Yung parang gusto ko pag-igihan, gusto ko galingan. Kaya nagtatanong ako lagi, ‘How can I be better?’ I also have to be conscious about that and remind myself that it’s something I need to address. I shouldn’t always ask validation from the outside, I should also know when my work and I am enough. I did workshops but I never really studied for the craft and it’s something that I have been longing to do talaga. So in terms of competition, it was never a competition with another person. Surprisingly, it’s just me with the pressure and that can happen. It’s me trying to outdo myself,” she explained.

After contracting and overcoming the COVID-19 virus earlier this year, Iza said she is still constantly reminding herself to surround herself with positivity instead of doubts. “Even when I do a scene and feeling ko I did it the way I wanted to do it, I then have to redo it. I get pressured na parang how do I do it better another time? So kung meron mang competition sa labas, I think we should practice catching ourselves when we’re thinking of these negative thoughts because that’s what they are. And then bombard ourselves with positive thoughts instead,” she added.