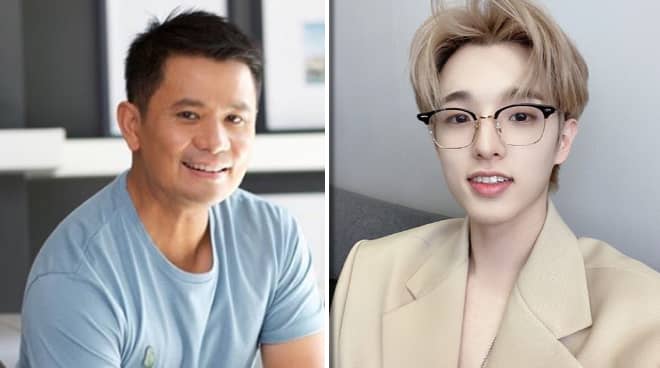 Ogie Alcasid became one of the most talked-about topics on Twitterverse last Sunday, August 9, following the OPM legend’s surprise appearance during an Instagram live session of Jae from the K-Pop group Day6.

The Kapamilya singer — who was chilling on his couch inside his home when Jae asked him to join the video interaction — admitted he was didn’t know much about doing live on Instagram as he was new to all it, so he asked to end the session.

But Jae, who insisted him to stay, had nothing but words of praises for the singer, whom he referred to as a legend. He even gave a compliment to Ogie's looks and called him beautiful.

“It’s the legend himself. Your face is beautiful, Sir," the K-pop singer stated.

Although the conversation was cut short, it seems fans were happy to see the interaction between the two.

With several fans of Jae now calling the balladeer “Sir Ogie,” Leila — the Kapamilya singer’s eldest daughter — took to Twitter to share the most hilarious reaction to her father’s golden moment with the K-Pop idol.

Ogie and Jae first became friends around March of this year after fans noticed he was wearing the same Gucci jacket Jae has during an episode of the noontime variety show ASAP.

Sharing what the two of them discussed over direct message on Twitter, he said: “Sabi niya ‘When I come over to the Philippines, I’d like to meet you. Sabi ko ‘Of course, let’s go to Manila Zoo.”

READ: What did Ogie Alcasid discuss with Jae of Korean band Day6?

Day6 is a Korean boy band under JYP Entertainment.