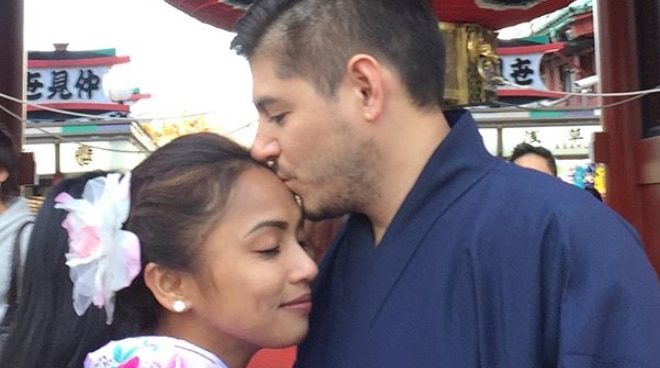 On Instagram, the former Sexbomb Girls member shared her sweet anniversary message for her husband.

Sharing photos of their date on their first wedding anniversary in 2018, Rochelle wrote: "Happy Anniversary to my rock!"

A post shared by Rochelle Pangilinan (@rochellepangilinan) on Aug 7, 2020 at 7:11pm PDT

Arthur, for his part, posted photos from their vacations abroad, as he expressed his gratitude for all the blessings he and Rochelle have received.

Before this day ends, I want to thank the good Lord for all the blessings we have received! 🙏 Happy 3rd wedding anniversary ulit @rochellepangilinan thank you sa masayang araw! Nagawan natin ng paraan I celebrate kahit simple pero masaya and with Shiloh pa 😉 apir! Next weekend ulit? Game!

Rochelle and Arthur tied the knot in a garden wedding ceremony in Tagaytay in 2017, after being a couple for nine years.

In an interview weeks before their wedding, Arthur revealed that he originally planned to propose marriage to Rochelle in 2011.

"We weren’t ready. We still fought quite a lot, cooled off at one point, and faced a lot of trials. If we forced ourselves to get married then, we could have ended breaking up," he said.

"We saw to it that everything’s in place,” continued the actor. “Now’s the right time, the perfect time.”