Dani Barretto is the latest celebrity to join the podcast world. 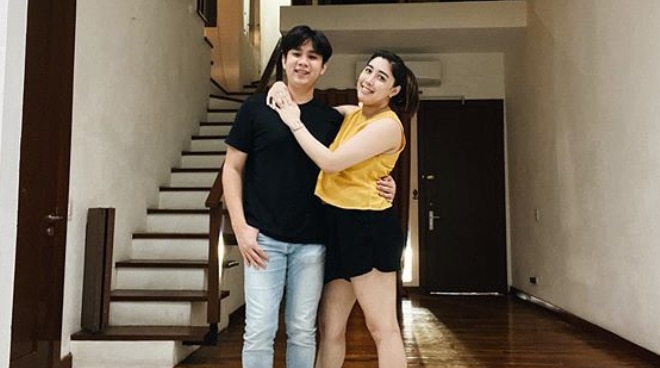 Dani Barretto is the latest celebrity to join the podcast world.

The eldest daughter of Marjorie Barretto recently launched a podcast show with her husband, DJ Xavi Panlilio, dubbed "Life with Xavi & Dani." She announced their new venture on Instagram over the weekend, saying they decided to try their hand at podcasting after getting numerous requests from their fans and followers.

"Surprise Famililios! We have a Podcast!" said Dani.

"You guys have been suggesting for us to do this since last year, Xavi and I finally gained the courage to make one," she continued.

Surprise Famlilios! We have a Podcast! and we’re officially on Spotify!! ❤️ You guys have been suggesting for us to do this since last year, Xavi and I finally gained the courage to make one. Hope you guys can follow us on Spotify. We will be uploading new episodes every Monday and Thursday, 7pm. ❤️ For now, you guys can listen to our 1st episode. (Link in Bio) @xavipanlilio #LifeWithXaviAndDani @spotifyasia Photo: @niceprintphoto

The couple launched their podcast last Thursday, August 6, with a 30-minute episode titled "Marriage 101" "where we talk about what we both find crucial to a relationship."

An official description for the podcast read: "Listen as Xavi and Dani indulge themselves in conversations about life and its ups and downs. Join them weekly as they take on topics that they encounter as they grow as individuals and as a family."

"Life with Xavi & Dani" is available for streaming on Spotify.

New episodes, according to Dani, will be uploaded every Monday and Thursday at 7 p.m.

Dani, who is also a lifestyle vlogger, is the latest among local celebrities to turn to podcasting, following Joyce Pring and Saab Magalona.

Her sister, young singer Claudia Barretto, also runs a podcast as part of her online campaign, "MINDGAMES", which she streams for free on YouTube.

Dani and Xavi, a DJ/producer, tied the knot in April 2019, just two months after they got engaged.