An online film series motivated by the death of late veteran director Peque Gallaga is set to be released this August. 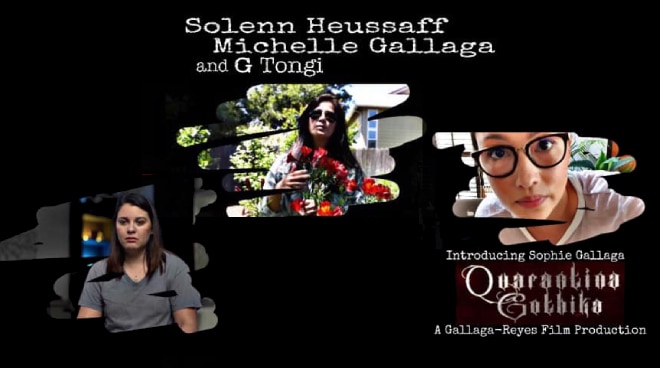 An online film series motivated by the death of late veteran director Peque Gallaga is set to be released this August.

In a statement on Wednesday, July 8, one of the screenwriters, Vicente Garcia, shared how the film project materialized during the coronavirus (COVID-19) lockdown.

“It started, as most things do these days, with a Zoom meeting. In a matter of days, a team was assembled, and suddenly, preprod work, shoots, and postprod were overlapping. With zero budget and only Hainanese Chicken (from Hawker King!) for sustenance, a project the likes of which we had never thought possible was actually taking shape. What did we get ourselves into?” began Vicente.

“In mid-May, we were reeling from the loss of a beloved father, mentor, colleague, and friend, and our grieving was frustrated and compounded by the horror of the pandemic and the paranoia of the lockdown. We need to do something to take our minds off these things, we said, so we did,” he said.

Peque passed away on Thursday, May 7, in a hospital in Bacolod City due to pneumonia. He was 76.

According to Vicente, just days after Peque’s death, Lore, Jo, and Christian met via video conference to sketch out the concept of “Quarantina Gothika.”

“Lore Reyes, Jo Macasa, and Christian Acuna met on Zoom on May 18, 2020 to sketch out the concept: a pair of single-character horror short films that could be directed and shot while observing quarantine rules. Lore and Christian would write and direct, and Jo would manage the production. It would be a side project among friends whom they had worked with before,” he continued.

Vicente went on: “Immediately, it became clear that geography was no longer a limitation, and on the same day, they reached out to Michelle Gallaga in Berkeley, CA to see if she was game to star as a blind woman dealing with a home invasion. She was, and so was her family of three (husband Ned Ascher, and kids Sophia and Vigo), who would shoot and perform the other production duties, as well as a cameo or two, in the comfort and safety of their home.

“As it turns out, sidelined production people in lockdown were eager to do something fun and creative, just for the sake of it. The project developed into a trio of short films (Jo would direct the third) and two more scriptwriters (Vince Groyon and Wanggo Gallaga) accepted the challenge to flesh out concepts that were tailored to the resources available under the actors’ quarantine conditions. Solenn Heussaff agreed to squeeze in some self-shooting (and art direction, and make-up) between caring for her newborn daughter (her vlogging experience certainly came in handy). G Tongi, no stranger to behind-the-camera work herself, rounded up a couple of friends (cinematographer Aldrin Samson and actress  Minerva Benedicto Vier) and secured a shooting location, all the way in Los Angeles, CA.”

The two films, “Hello Mom” and “In House” were shot in one ten-hour shooting day each, in one California location each, and were directed and coordinated via Zoom and FB Messenger from halfway around the world, while the third film “Solitaire” had a more staggered shooting schedule, said Vicente, adding that it alternated with Solenn’s daughter’s sleep schedule.

“The shoots could easily have spiraled into chaos,” he continued. “What kept them in control was sheer professionalism, even on what was supposed to be a ‘side project,’ and the dedication to the memory of someone whose presence still hovered warmly over us.”

“The guiding aesthetic was muse whatever is on hand,’ and if the finished product would be a little rough around the edges, so be it, but ‘fixing it in post’ was an advantage we could rely on. Film Editor and Sound Designer Cedric Regino coolly worked his magic on material recorded under less-than-ideal conditions, award-winning composer Emerzon Texon contributed a musical score, and Richard Francia provided color-grading and VFX as a final flourish,” he wrote.

“What did we accomplish? In the larger scheme of things, what with apocalyptic conditions prevailing all around the world, not much. Were we fiddling while Rome burned? Maybe. What’s clear, though, is that amidst all the crap, alongside all the other things--personal, national, global, galactic, cosmic--that need to be done, we managed to do things we were good at, to make something that wasn’t there before, that made us happier, that cleared our heads enough to let us remember what’s important. For now, that’s more than enough,” he added.