Singer Keiko Necesario releases new single ‘Right Next to You’ 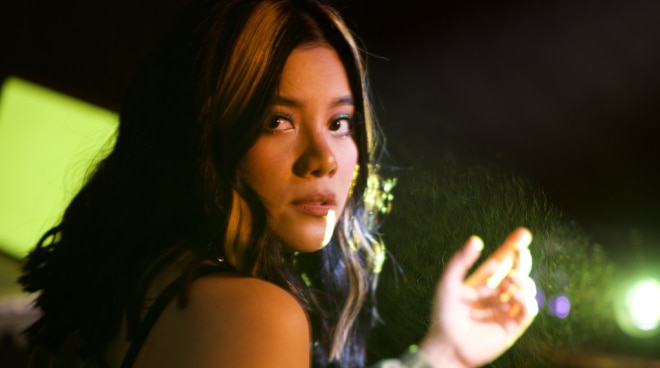 Keiko Necesario releases “Right Next To You” – a brand new single she recorded in collaboration with UK-based Chasing Fantasia.

“I wrote it in 2018 with a God-given love in mind – a love bonded by the truth of His plans and unbreakable will. Mark 10:9 says, ‘What therefore God has joined together, let no man separate.’ I was single when I wrote this and was waiting for 29 years. I needed to express the feeling of finally having someone to share my blessings, learnings, pains, and joys with.

“I relate my journey to my songwriting – to not just write about my past or present but also about my future. I think I found it – I found him,” paliwanag ni Keiko on what inspired her to write “Right Next To You” na carrier single ng kanyang upcoming album sa  Warner Music Philippines titled Ready, Let Go.

With an ambient vibe, the single showcases the beauty of Keiko's production while maintaining her signature emotive sound. The emotion of her vocals is front and center while being supported by impeccable instrumentation.

“We recorded this in Baguio and it sets the mood of the upcoming album. ‘Right Next To You’ has a powerful sound and message that captures the album’s theme. The first line of the chorus ‘I found home when I found you’ says a lot about my dreams, hopes, goals, and purpose. I found home when things came together and fell into place according to God’s plans and perfect time. I’m happy on how it was written and recorded. This song is a reminder of what love could be,” paliwanag pa niya.

“I can’t take full credit on how the song turned out as Warner and my manager Graham Perkins made a way for me to meet my producers Chasing Fantasia, which I am so grateful for. They understood my vision. They helped me create this beautiful song which started from just a thought,” says Keiko.

Nagsimulang magsulat ng kanta si Keiko at the age of 7. She produced her debut album in 2015.

“There are things that surprised me in many ways but there are always two constant things: God and my season of waiting. My journey will always be a surprise but the big picture is clear – there’s always a purpose,” pagre-recall pa ng singer.

Keiko Necesario Right Next to You new single