Ronnie Liang records ‘80s song for fallen soldiers in Sulu, calls for justice to be served

Ronnie Liang recorded the ‘80s track ‘Awit Kawal’ in honor of the four soldiers who were killed by the police in Jolo, Sulu. 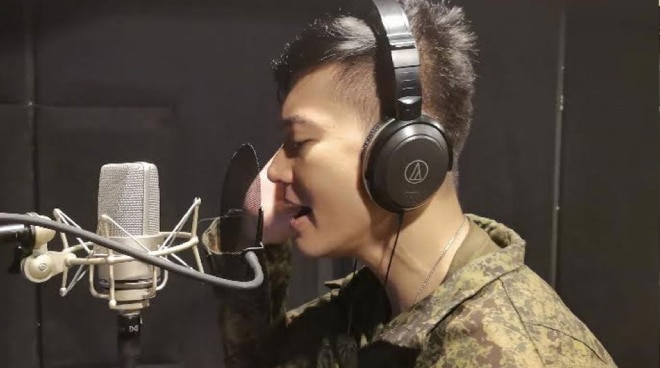 In honor of the four soldiers who were killed by police officers in Jolo, Sulu, singer and army reservist Ronnie Liang recorded the ‘80s track "Awit Kawal."

He added that he is calling for justice to be served for the fallen soldiers.

Ronnie said that he was deeply saddened when he learned the news about the fallen soldiers.

Ronnie finished his military training in February in Tarlac under the Armor “Pambato” Division (AD).

As an army reservist, he has been actively serving as a frontliner for the Philippines amid the COVID-19 pandemic.

Ronnie is set to release a music video for "Awit Kawal."