Liza Soberano, Enrique Gil share how they would have wanted ‘Make It With You’ to end

For Liza Soberano and Enrique Gil, this is how they would have wanted the story of Billy and Gabo to end. 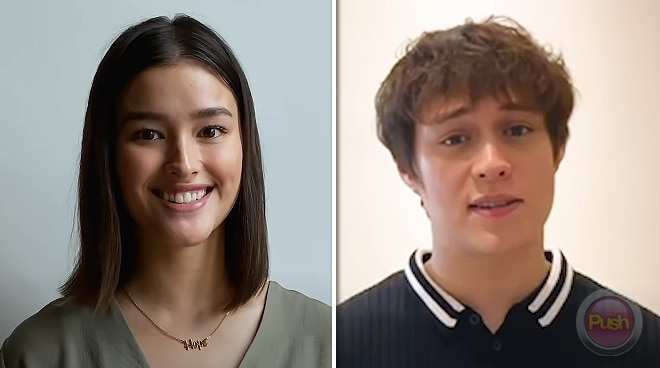 How would they have wanted Make It With You to end?

This was the question Kapamilya stars Liza Soberano and Enrique Gil were asked during Star Magic’s “Love from Home” online series on Saturday, July 4.

For Liza, she would have wanted for the lead characters Billy and Gabo (Enrique) to live a simpler life in the province.

“Kasi si Billy at si Gabo, simple lang talaga silang tao. Even though both of them are big dreamers, ang main goal lang naman nila is to live a simple life with their family. Iyon 'yung ibibigay ko sa kanila,” the actress said.

She continued, “Siguro nakatira na lang sila sa province and meron lang siguro silang one bakery, like a family bakery that they will pass down to generations.”

Enrique said that he would also have wanted for his character to settle for a simpler but happier life.

“Si Gabo, may-ari sila ng malaking kumpanya but I think he’s willing to give that all away and just work on something that's just enough and something that will make him happy. I think 'yun ang gusto niya,” the actor stated.

It can be recalled that Make It With You did not push through anymore amid the growing threat of COVID-19 pandemic.

The actress revealed that due to health reasons, the series will no longer be coming to air.

“I know a lot of you are upset and looking for answers and the only explanation I can give you is genuine fear of the virus. When we were asked to resume taping on June 13, many of us had hesitations. Considering that the COVID-19 situation here in the Philippines is far from contained, there are many risks in place for me (and everyone involved) given my history of having a weak immune system,” she posted last June.

She added, “I consulted my family, my managers, and the team and we all came to an agreement that it might be for the best to not continue with the show anymore.”

Liza Soberano Enrique Gil Make It With You