Sharon Cuneta decides to forgive former friend Ronald Carballo: ‘Please use this chance and learn from this lesson’ 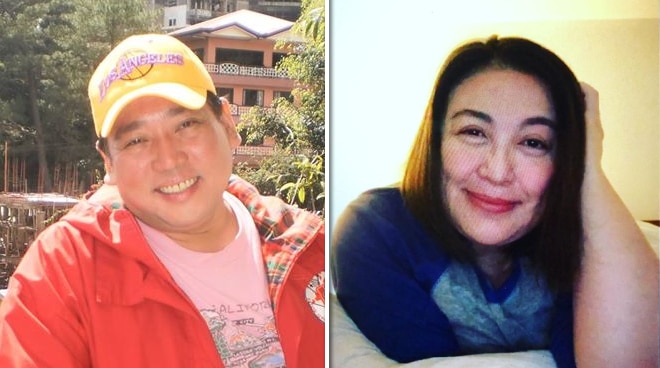 Last month, after exposing all the backstabbing she has received over the years from veteran showbiz writer Ronald Carballo as well as having to defend her daughter Frankie Pangilinan from harassment online, Sharon Cuneta made headlines from issues bordering on both the personal and political side.

The Kapamilya host posted a vlog on her YouTube channel last July 5 to air her current thoughts on what has been happening in her life. In the video’s caption, she wrote, “So much has happened over the past few weeks, and I have been doing a lot of thinking and praying. Thank you to those of you who refuse to believe the lies that bashers have been spreading about me, ignoring the ‘whys’ of why I reacted in certain ways and twisting my words. Thank you to all of you who continue to have faith and believe in me. Love you guys and I cannot tell you how much your support means to me. God bless you all! ️ ️ ️ 🏼 🏼 🏼”

The almost five-minute vlog had Sharon admitting that she has been deeply affected by people who continue to attack her online and asked that netizens be more understanding of where she is coming from. “I’m not my usual, happy self yet but I’m doing okay because I trust in God. those that know me, who really know me, and God himself, they all know me and my heart so that’s all that matters. I’ve been getting a lot of bashing on social media lately and it’s very sad kasi dati lumalaki ako, pag may decision ka, you fight for your child dahil binabastos. Parang nirerespeto yun eh dahil nanay ka di ba? Sino pa ba ang lalaban para sa anak mo kung hindi ikaw,” she explained.

Sharon says she has always been honest about her feelings to her fans throughout her showbiz career. “Wala akong tinatago sa inyo. Pag galit ako, galit ako. Pag masaya ako, masaya ako. Pag malungkot ako, malungkot ako. Mahirap magpaka-plastic ng 42 years in the public eye. So I’ve always been true to you. Kaya lang never akong nagalit ng ganito, kasi mukha kaming, excuse the word, ‘nababoy’ ng ganito. Mothers will understand. And to those of you who don’t, I’m really sorry. That’s not my problem anymore. I can only hope that someday, you come to understand. I’ve always been true to you. God knows that and I never use His name in vain because I fear Him. I believe na babalik say ‘o, you know you reap what you sow. That’s why I am not afraid,” she added.

Regarding her longtime rift with showbiz writer Ronald Carballo, Sharon shared her decision to forgive her former friend. “I’ve been getting a lot of bashing because of my fighting for Frankie. Now they’re using these words na mayabang. Hindi ako nagyabang about my wealth kasi alam na ng tao yun noon pa. Ngayon ko lang sinabi and that was directed towards yung writer na dati kong kaibigan. Hindi po pagyayabang yun. If it’s such a big deal, this wealth that I have worked so hard for, talagang blood, sweat, and tears ang puhunan ko diyan. I want to tell you all this wealth has helped many people and touched many people’s lives and I’m not the type to enumerate to you kung ano pa ang nagawa ng naipon kong yan. Bahala na ang Diyos. But 95% of what I have done, you have no idea and I will not even tell you. I have no intention to,” she shared.

“Ronald Carballo has written so many vile things about me for almost 20 years, 15, 20 years. Thank you for your letter of apology kahit dinelete mo yun. I read it. It was shared so many times. I even shared it. I appreciate that. And that’s enough for me. You claimed to be a Christian but you did not act like one. I am a Christian and though it’s hard for me, I try to obey. Because of that, I forgive you. I will try my best to forget. But one thing I will not do is sue you. Hindi kita idedemanda Ronald. Dahil may pinagsamahan naman tayo. At sana, gawin mo itong pagkakataon para magbago, bumalik sa Panginoon, at gamitin ang talento mo sa pagsulat sa mabuti. That’s all I have to say. Please use this chance and learn from this lesson. That is the Christian way,” she explained.

Regarding the man who posted a rape threat against Frankie, Sharon said the decision to take legal action is not up to her. “Yung kay Sonny Alcos, si Frankie ang mag-fa-file nun pag nag-decide siya. Hindi ako because she’s an adult and that’s her choice. Salamat sa lahat ng naniniwala. I will not let you down. I’m the same person, just smarter. A little wiser at palaban na. Nanay na po eh,” she concluded.20