LOOK: Lee Min-ho bonds with Woo Do-hwan who is enlisting in the military 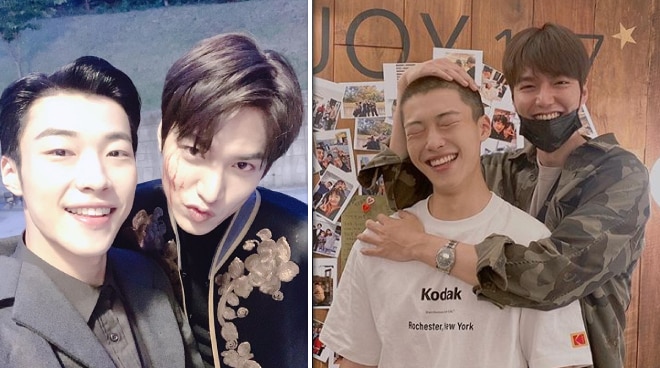 On his Instagram page, Min-ho shared a photo of himself and Do-hwan, capturing the moments at what seems to be a send-off party.

“Yeong, I hope that now you can become the best shooter in the field," Min-ho wrote on Instagram.

Do-hwan played the role of bodyguard Yeong in The King: Eternal Monarch. Meanwhile, Min-hoo portrayed the role of the emperor of an alternate universe in Korea named Lee Gon.

It was on June 24 when Do-hwan announced that he was going to enlist in the military. He posted a letter on social media which read, "You may be surprised by the sudden news, but I am writing this letter because I wanted to personally announce this to my fans first.

I am enlisting as an active duty soldier on July 6. I feel apologetic for not being able to directly meet you and say goodbye.

I was happy while doing every project I was in thanks to the overflowing love everyone gave me.

Thank you for watching over my 20s and loving me. Thanks to that, I was able to spend my 20s very happily."