Star Magic’s Johnny Manahan penned an open letter addressed to the lawmakers as the decision to grant ABS-CBN another franchise comes to a close. 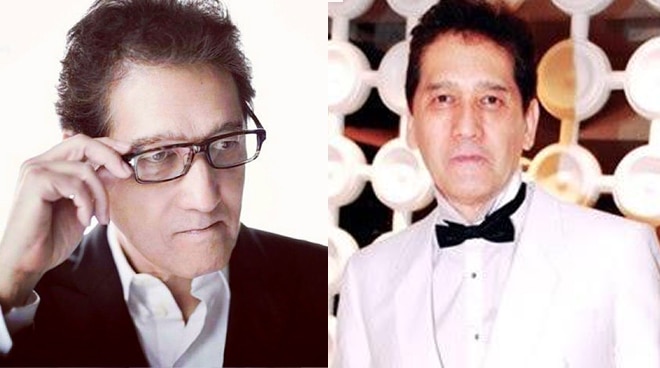 Star-maker Johnny Manahan, better known to most Kapamilya celebrities as Mr. M, penned an open letter to the men and women of Congress as the decision to grant the media giant another 25-year franchise comes to a vote on Monday, July 6.

On Sunday, July 5, Mr. M shared a lengthy note through the various social media platforms of Star Magic — appealing to the lawmakers to re-issue another 25-year franchise to ABS-CBN as the House Committee on legislative franchises is nearing to decide on its fate.

Recalling his early days as a Kapamilya, Mr. M shared how his journey with ABS-CBN began 50 years ago.

“I am Johnny Manahan. Next year will be my 50th year in the entertainment industry. In the 1960s I attended the dedication of the ABS-CBN studios in the Bohol Ave. address and started my career as a gofer, designer, and music coordinator, and crane operator, floor director, and finally as a director in 1970,” he wrote.

When Martial Law came, Mr. M was forced to move from one station to another for more than 13 years.

But when People Power came, Mr. M returned to ABS-CBN — marking the beginning of another 34-year journey.

“In 1986 during the EDSA Revolt, I climbed the wall, along with Jim Paredes and Johnny Delgado to “liberate” the ABS-CBN compound from the military and when Freddie Garcia (FMG) asked me to transfer 2 of the highest rating shows I had in channel 13 to restart a sputtering ABS-CBN re-launch. This started my 34 years with the nascent ABS-CBN Corp.,” he wrote.

Defending ABS-CBN from the various attacks and criticisms it had received over the past couple of weeks, he wrote: “I have come to know the Lopez family and the Lopez organizations in these years. None compares to them when it comes to progressive, meritorious, compassionate, and decent organization. Maybe the Ayala and Gokongwei gangs.”

He went on: “Now it seems that a gang of 4 wants to finish the long run of the ABS-CBN Corp. with their niggling, petty-fogging, and hair-splitting, they have unearthed technicalities that only a Talmudic scholar or medieval philosopher would appreciate.

“ABS-CBN is not perfect. No one said it was. It is open to criticism and is willing to correct mistakes and take concrete steps to improve itself. So let us not throw away the baby along with the bathwater,” he stated.

The 73-year-old director ended his lengthy post by acknowledging their efforts to bring up the problems that the company needs to address. He likewise appealed to Congress to consider the contributions of the company to the nation in both entertainment and public service over the past couple of decades.

“It was right to bring to light the true conditions of the workplace and the pittance received by the technical crews and artists working 22-24 hours per day. You got that right Cong. Mike! I hope you, Cong. Boying and your fellow lawmakers in the committee and the House as a whole appreciate the ABS-CBN record of entertainment and public service and find it in your heart to grant a re-issue of the ABS-CBN franchise. Millions of people around the world depend on it. The Marcoses stole ABS-CBN from the Lopez family in 1973. Please do not steal it again,” he stated.