Miss Q & A grand winner Juliana Parizcova Segovia got people curious after she posted intriguing photos on her Instagram page. 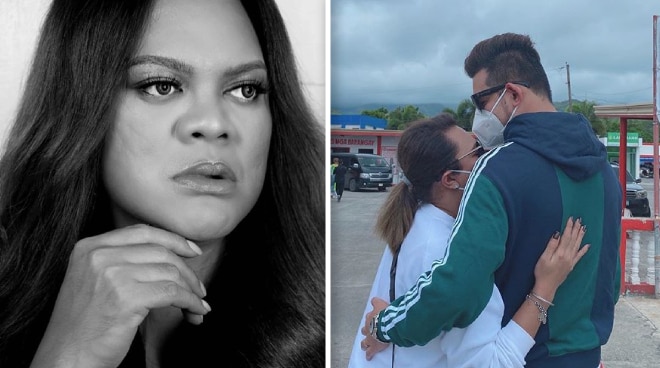 This was the question of followers of the "Miss Q & A" grand winner after she posted intriguing photos on her Instagram page on Thursday, July 30.

The pictures show Juliana having a sweet moment with a man. However, some of the photos were captured with their backs turned to the camera so the face of the "mystery guy" was covered.

In one snap, Juliana is notably seen wearing a large diamond sparkler on her left ring finger.

Some of her celebrity friends, including It's Showtime mainstay Jhong Hilario and Magandang Buhay host Melai Cantiveros Francisco, commented on the post and expressed their happiness for Juliana.

Juliana, or TJ Ortega in real life, won the first Miss Q & A, an It's Showtime segment dedicated to highlighting transgender comedians across the country, in 2018.

She went on to star in a number of TV shows and films, including the 2018 Metro Manila Film Festival official entry Fantastica, and a special episode featuring her life story on the ABS-CBN drama anthology Maalaala Mo Kaya. She had a recurring role on FPJ’s Ang Probinsyano before the lockdown.