Ben&Ben surprised their fans and supporters on Wednesday, July 29, with the unexpected release of the music video for their latest song “Lifetime.” 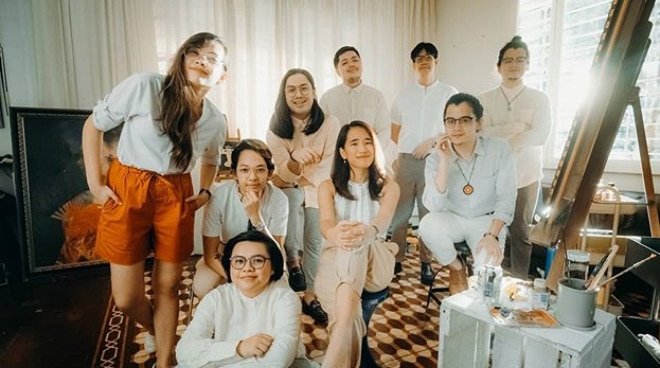 Ben&Ben surprised their fans and supporters on Wednesday, July 29, with the unexpected release of the music video for their latest song “Lifetime.”

The music video features scenes from a dream of a young artist with the woman that inspired his painting. It starred Patricio Villalobos and Marina Domingues, with written and direction from Raymond Dacones and Trina Razon.


The video comes just a few days after Ben&Ben recorded an extended version of the song for the 2020 MYX Music Awards, which they uploaded on Facebook.

“Lifetime” was inspired by a comment left by a fan on the band's music video for their song "Pagtingin."

The fan who goes by the username “Anne Jou” wrote: “…instead of telling him what I actually felt, I hid and buried my feelings. And you know what happens to feelings that are buried? They grow. The like I felt for him became love. I wrote poems, songs.

“After 8 years, I attended his wedding [last] January. And guess what? The world is really overly-cruel. Before his wedding, he thanked me for being his best friend and told me that before he met the girl he got married to, he loved me first. For 5 years. But he was also scared of losing me so he just decided to keep it. I was shocked and I slightly had anger towards the world. We didn't know that if only one of us dared to make a move, a lifetime was waiting for us. So people, while you can, please express how you really feel so that in the end you won't regret anything.”

“Lifetime’ is an emotionally affecting song that leaves us wondering, ‘what could have happened if we only mustered the courage to admit our feelings to the person we’re pining for, regardless of the outcome,” Miguel Guico, one half of the Guico twins (the other is Paolo), who are the face of Ben&Ben, has said.

Aside from Miguel and Paolo, Ben&Ben consists of Poch Barretto on electric guitar, Jam Villanueva on drums, Agnes Reoma on bass, Patricia Lasaten on keyboards, Toni Munoz and Andrew de Pano on percussions, and Keifer Cabugao on violin.