Pia Magalona expresses support for ABS-CBN as the network continues its fight for franchise renewal after it was forced to go off-air almost two months ago. 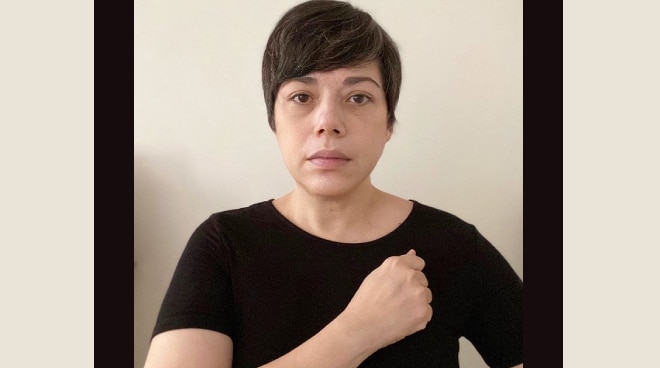 Pia Magalona, the wife of the late ‘Master Rapper’ Francis Magalona and the mother of A Soldier’s Heart actor Elmo Magalona, took a stand as she joined the Black Friday protest held by supporters of ABS-CBN, in support of the network’s fight for franchise, on Friday, July 3.

It has been almost two months since ABS-CBN went off-air following a cease and desist order from the National Telecommunications Commission (NTC) on May 5. Pia, like other celebrities, has been vocal in expressing her support for the network as shown on her Instagram page.

Pinned an RGB ribbon to my big old mango tree today, in support of ABSCBN.⁣ ⁣ Welcome your favorite Kapamilya shows on 𝐊𝐚𝐩𝐚𝐦𝐢𝐥𝐲𝐚 𝐂𝐡𝐚𝐧𝐧𝐞𝐥 on SKY, Cablelink, G Sat, and most member-cable operators of the Philippine Cable Television Association (PCTA) nationwide 𝐛𝐞𝐠𝐢𝐧𝐧𝐢𝐧𝐠 𝐉𝐮𝐧𝐞 𝟏𝟑.⁣ ⁣ While Kapamilya Channel will initially be seen by cable and satellite TV viewers only, ABS-CBN will find more ways to reach more Filipinos and bring news, public service, and entertainment to every Kapamilya around the world.⁣

*Swipe LEFT to read Mr Atienza’s statements⁣ ⁣ 06.18.2020. Yesterday was the 7th hearing on the controversial ABS-CBN franchise renewal. My friends and i, who have been religiously following this seemingly never-ending reality series at the House of Representatives, always end up frustrated with the line of questioning that the network’s panel has to undergo. ⁣ ⁣ In fact, we take pride that either way the outcome of this hearing, the executives of ABS-CBN hahe consistently kept their cool. At the very least, just by maintaining their dignity is indeed truly “in the service of the Filipino.” ⁣ ⁣ When Cong Lito Atienza, representative of BUHAY Partylist finally had the chance to speak at the hearing, we couldn’t help but be MOVED by his very simple, yet meaningful words, which he seemed to be expressing on our behalf. ⁣ ⁣ Driven by the need to show Cong Lito our gratitude, we scrambled to do our best and wear our most floral, tropical or Hawaiian-themed top—his signature look—and post it for all to see! Thank you, kind sir, know that you are in our prayers, and we shall never forget how you stood up for us, in those few minutes given to you. ⁣ ⁣ #IbalikAngABSCBN

In one of her previous posts, she wrote on the caption, “You shut down ABS-CBN and you shut down the voice of the people.”

Let’s go waaaaay back and personal. Pancho Magalona hosted the original noon time show on ABSCBN, Magandang Tanghali, back in the 60s. Francis was a mainstay on LoveliNess in the 80s. He’d also co-host The Sharon Cuneta Show every now and then. ⁣ ⁣ My children and so many other artists, creatives and people who work hard to earn their keep have shows in this network. Isa ang ABS-CBN sa mga institusyon ng malayang Pilipinas. Worldwide ang broadcast nito para sa bawa’t Pilipino sa buong mundo. ⁣ ⁣ You shut down ABS-CBN and you shut down the voice of the people. ⁣ ⁣ #NoToABSCBNShutdown