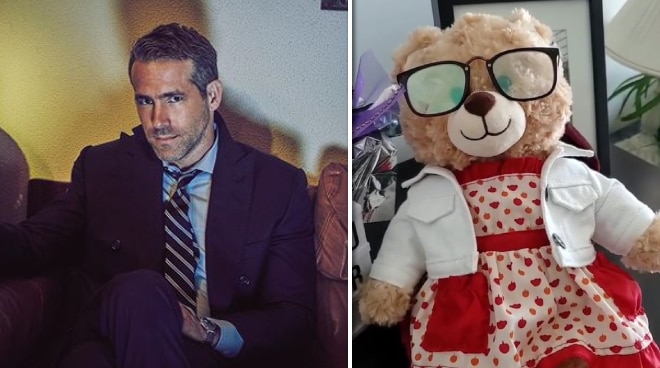 When Mara Soriano had her backpack stolen in Canada last Friday, July 24, the Vancouver based 28-year-old Filipina quickly started to ask for help online via Twitter so she could retrieve the most important item inside the backpack, a custom made teddy bear given to her by her mother in 2017. Mara said the teddy bear was also dressed like her mother, right down to the oversized glasses. The stuffed animal has a voice recording of her mom who passed away from cancer last year. In a report on the CTV news website, Mara said, "It’s the last thing I have that sounds like the mom I grew up with.”

Mara’s backpack was stolen while she was moving into a new apartment in Vancouver as reported by the Canadian Broadcasting Corporation (CBC) last Saturday, July 25.

This is my favourite picture of my mom from the first and only time she visited me in Vancouver. She was such a silly, goofy lady who loved to laugh. I so wish I could tell her the whole world is rooting for us. I miss you so much Mama. pic.twitter.com/5UY0h2hxrQ

After posting posters around the area and on Twitter and receiving messages from all over the world, the search went viral when Deadpool star Ryan Reynold posted a tweet about it, offering a $5,000 reward for her teddy bear. "I never in a million years would have thought this would have gotten this much traction," Soriano said, adding that she’s received messages from strangers as far away as India, Germany, and Australia.

“It’s a reminder of home. The bear has a message in it in Filipino. It says, ‘I love you,’ but in our language. So it’s very specific and very unique,” added Mara who has already filed a police report with local authorities. The search has also caught the attention of celebrities like actor and director Zach Braff who posted on his Twitter account and Canadian TV host George Stroumboulopoulos who added another $5,000 to the reward pool.

Vancouver: $5,000 to anyone who returns this bear to Mara. Zero questions asked. I think we all need this bear to come home. https://t.co/L4teoxoY50

As of this writing, the bear has yet to be returned.